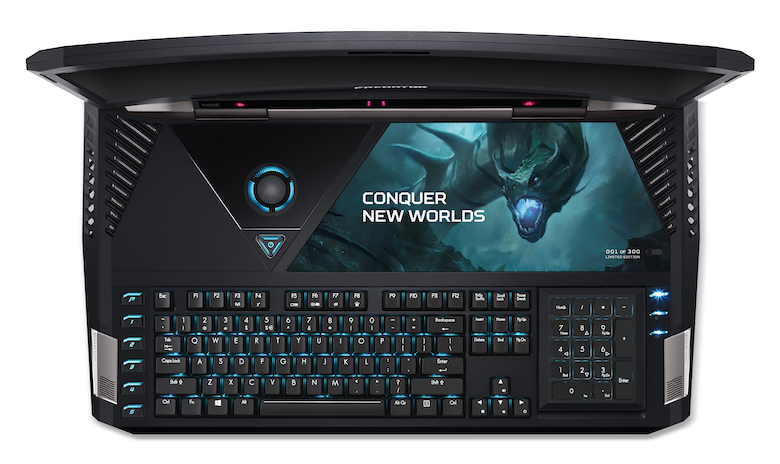 Our favorite announcements at the Consumer Electronics Show are the ones that leave our heads spinning. We hadn’t seen many of those through Tuesday morning, but just as we well giving up hope, Acer answered our prayers by revealing the specifications and pricing of its upcoming Predator 21 X gaming laptop.

Originally announced back in August, the Predator 21 X will be the first curved screen laptop ever released. Coming in at a massive 21 inches, the IPS display features a resolution of 2560 x 1080 with a 120Hz refresh rate as well as Nvidia’s G-Sync technology, “ensuring smooth and sharp gameplay.” If you want to be the proud owner of a curved screen laptop, you should start saving — the Predator 21 X will cost $8,999.

In addition to the powerful components, the Predator 21 X will also feature a full-sized mechanical keyboard with Cherry MX Brown switches, four speakers, two subwoofers, Tobii eye-tracking technology and PredatorSense software to make tweaking and customization for gamers even easier.

If you want a killer gaming laptop but don’t have $8,999, Acer is also updating its Predator 17 X with an Intel Core i7 processor and an Nvidia GeForce GTX 1080 for the significantly more reasonable price of $2,599.

Acer says that the Predator 17 X will be available in January, while the Predator 21 X will launch in February.