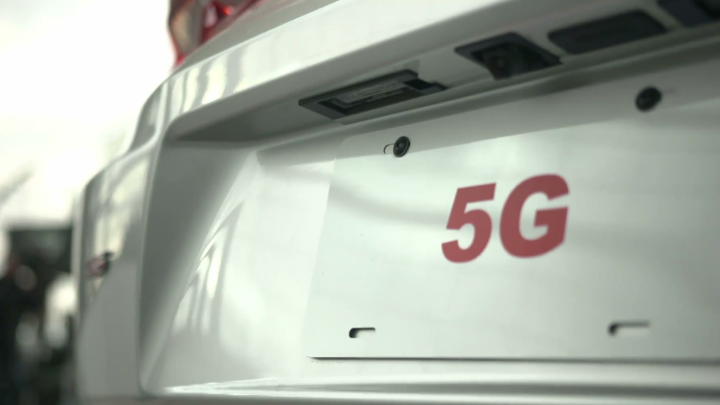 We’ve heard so many times that companies are going to start testing 5G networks “soon” that it’s actually surprising when a test really takes place. But don’t let all noise around 5G diminish from a new test by Verizon and Ericsson, which achieved a 6.4Gbps connection in a car being driven around a racetrack.

The test happened in a car so that it could be gratuitously pegged to the Indy 500 race next weekend. But conducting a speed test in a moving vehicle really is a significant real-world milestone. It’s easy enough to get insane transmission speeds in a controlled lab environment, using a bunch of big antennas aimed at each other. But taking that connection out into the real world, and putting it on top of a moving target, is a very different proposition.

The raw speed is the headline figure that demands attention here. 6.4Gbps is fast — about 120 times faster than the average home broadband connection, which is about 50Mbps. It’s whole orders of magnitude faster than you need to stream multiple 4K videos, so it’s simply unnecessary for most people right now.

More impressive is actually the latency, the time it takes for packets of data to travel to and from your device. A normal latency on a good 4G connection right now is about 50 milliseconds, which is fast enough for web browsing and video streaming, but makes high-speed tasks like online gaming more difficult.

The trial 5G connection had an undisclosed “extremely low latency,” likely in the single digits. It’s fast enough that the human eyes can barely perceive a difference, which was demonstrated by blacking the car out, and driving around the course using a pair of virtual-reality goggles, fed a video stream over 5G.

The 5G network is just a test for now, but the applications Verizon tried out here are likely to be important down the line. Autonomous cars and virtual reality are two of the best use cases for 5G right now, as both demand huge amounts of data with extremely low latency to work.