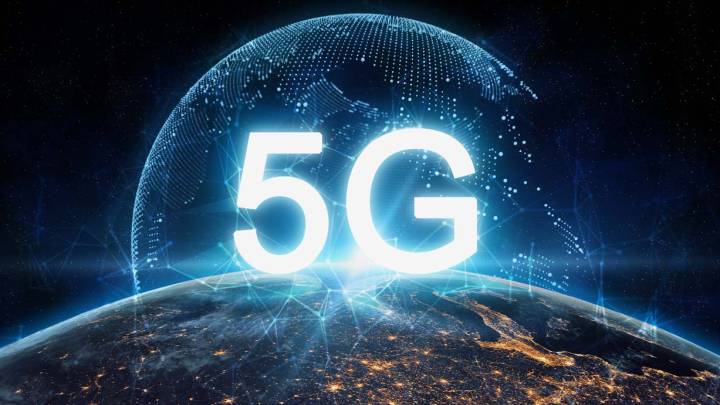 5G didn’t immediately change the world in the way that some carriers promised us it would. Still, there’s no denying that the full benefits from the 4G to 5G transition will steadily increase over the next few years as coverage becomes more expansive. Meanwhile, researchers from Georgia Tech recently came up with a fascinating and novel use for 5G signals that has nothing to down with improving download speeds.

As detailed on the Georgia Tech news center, university engineers came up with a way to use the energy from 5G signals and turn them into something of a miniaturized power source.

While harvesting enough power from 5G is possible with gargantuan antennas, researchers managed to come up with their own antenna system in a much smaller package. Another limitation Georgia Tech engineers managed to work around is that previous antenna designs were only able to harvest power from 5G if there was a direct line of sight to a 5G base station.

“We’ve solved the problem of only being able to look from one direction with a system that has a wide angle of coverage,” senior researcher Aline Eid said.

“With this innovation,” senior lab advisor Jimmy Hester added, “we can have a large antenna, which works at higher frequencies and can receive power from any direction. It’s direction-agnostic, which makes it a lot more practical.”

That being the case, data from Georgia Tech’s research team found that their new antenna technology resulted in a 21x increase in harvested power compared to previous designs.

The FCC has authorized 5G to focalize power much more densely compared with  previous generations of cellular networks. While today’s 5G was built for high-bandwidth communication, the high-frequency network holds rich opportunity to “harvest” unused power that would otherwise be wasted.

By harvesting power right out of the air, researchers anticipate that their discovery will be able to power wearable devices and IoT-based gadgets. And once 5G coverage becomes ubiquitous, researchers believe that the technology will open up the door for on-demand “over the air” battery power.

“I’ve been working on energy harvesting conventionally for at least six years, and for most of this time it didn’t seem like there was a key to make energy harvesting work in the real world, because of FCC limits on power emission and focalization,” Hester added. “With the advent of 5G networks, this could actually work and we’ve demonstrated it. That’s extremely exciting — we could get rid of batteries.”

Details of the new research were published in Nature earlier this year with the abstract reading in part:

5G has been designed for blazing fast and low-latency communications. To do so, mm-wave frequencies were adopted and allowed unprecedently high radiated power densities by the FCC. Unknowingly, the architects of 5G have, thereby, created a wireless power grid capable of powering devices at ranges far exceeding the capabilities of any existing technologies. However, this potential could only be realized if a fundamental trade-off in wireless energy harvesting could be circumvented.

Here, we propose a solution that breaks the usual paradigm, imprisoned in the trade-off between rectenna angular coverage and turn-on sensitivity. The concept relies on the implementation of a Rotman lens between the antennas and the rectifiers. The printed, flexible mm-wave lens allows robust and bending-resilient operation over more than 20 GHz of gain and angular bandwidths. Antenna sub-arrays, rectifiers and DC combiners are then added to the structure to demonstrate its combination of large angular coverage and turn-on sensitivity—in both planar and bent conditions—and a harvesting ability up to a distance of 2.83 m in its current configuration and exceeding 180 m using state-of-the-art rectifiers enabling the harvesting of several μW of DC power (around 6 μW at 180 m with 75 dBm EIRP).

The study can be read in its entirety over here.