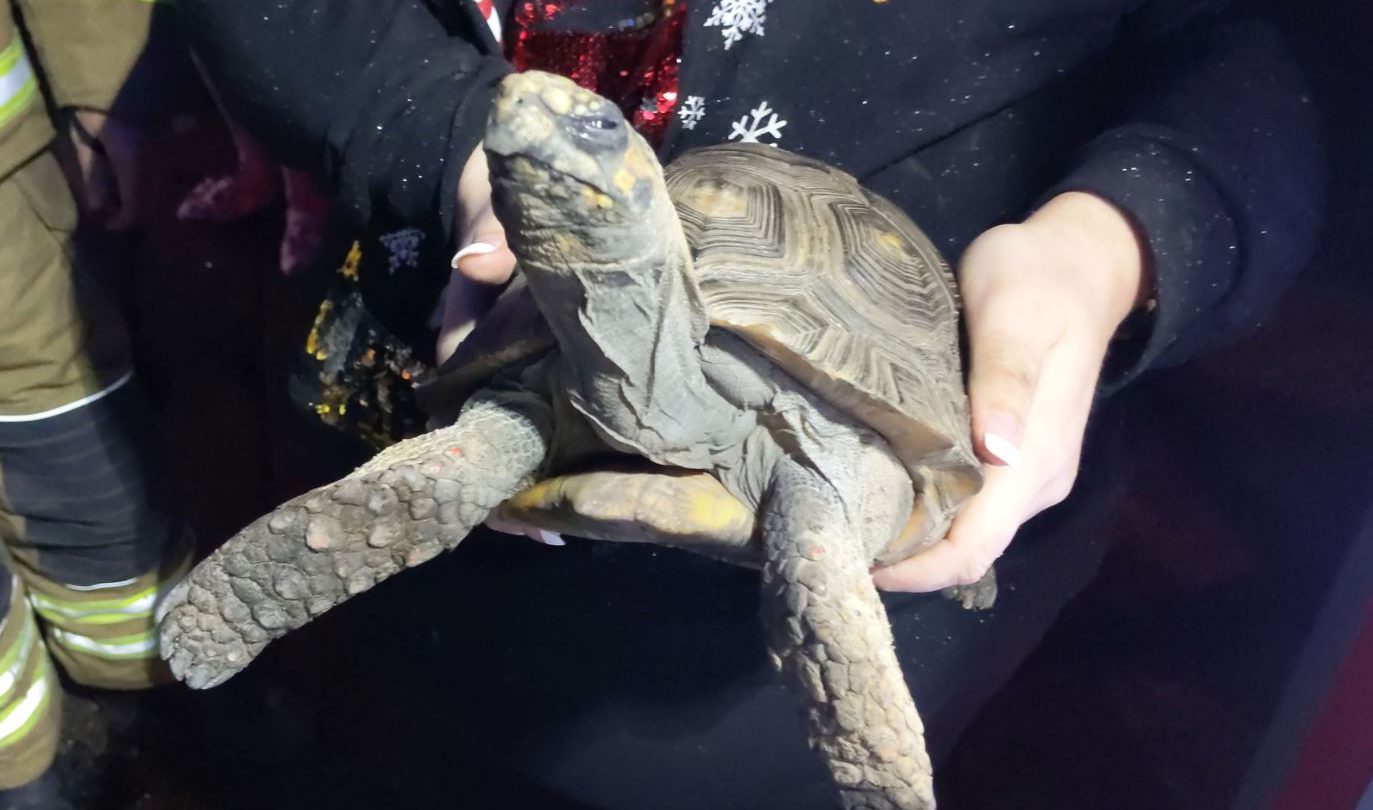 Firefighters responding to a blaze in the town of Great Dunmow in England found a home filled with smoke and a fire that had already caused some damage in one of the interior rooms. The responders were able to save the house as well as the only occupant who was home at the time of the incident: a 45-year-old pet tortoise.

What firefighters didn’t realize when they plucked the tortoise from the smokey home was that the four-legged creature would ultimately become the prime suspect. According to the Essex Fire Service, the tortoise was actually the one that started the fire, and if not for neighbors hearing the home’s smoke alarms blaring, the blaze would likely have claimed the home as well as the pet’s life.

After investigating the source of the fire, officials now believe that the tortoise accidentally (or perhaps purposefully, we’ll never really know) knocked over a heat lamp, which landed on some soft and flammable bedding. That was enough to spark the blaze which then grew, filling the home with smoke.

The homeowners were apparently away at the time of the incident and neighbors heard the smoke alarms from outside. A quick call to local emergency responders prompted a visit from firefighters who were quickly able to get the fire under control and rescue the tortoise in the process.

“This incident shows just how important it is to have smoke alarms on every level of your home — even if you’re not home they will alert anyone close by to the first sign of fire,” Gary Wain of the Great Dunmow Fire Station said in a statement. “This tortoise has had a very lucky Christmas Day. He is 45 years young and will now hopefully continue to live a long and happy life thanks to working smoke alarms.”