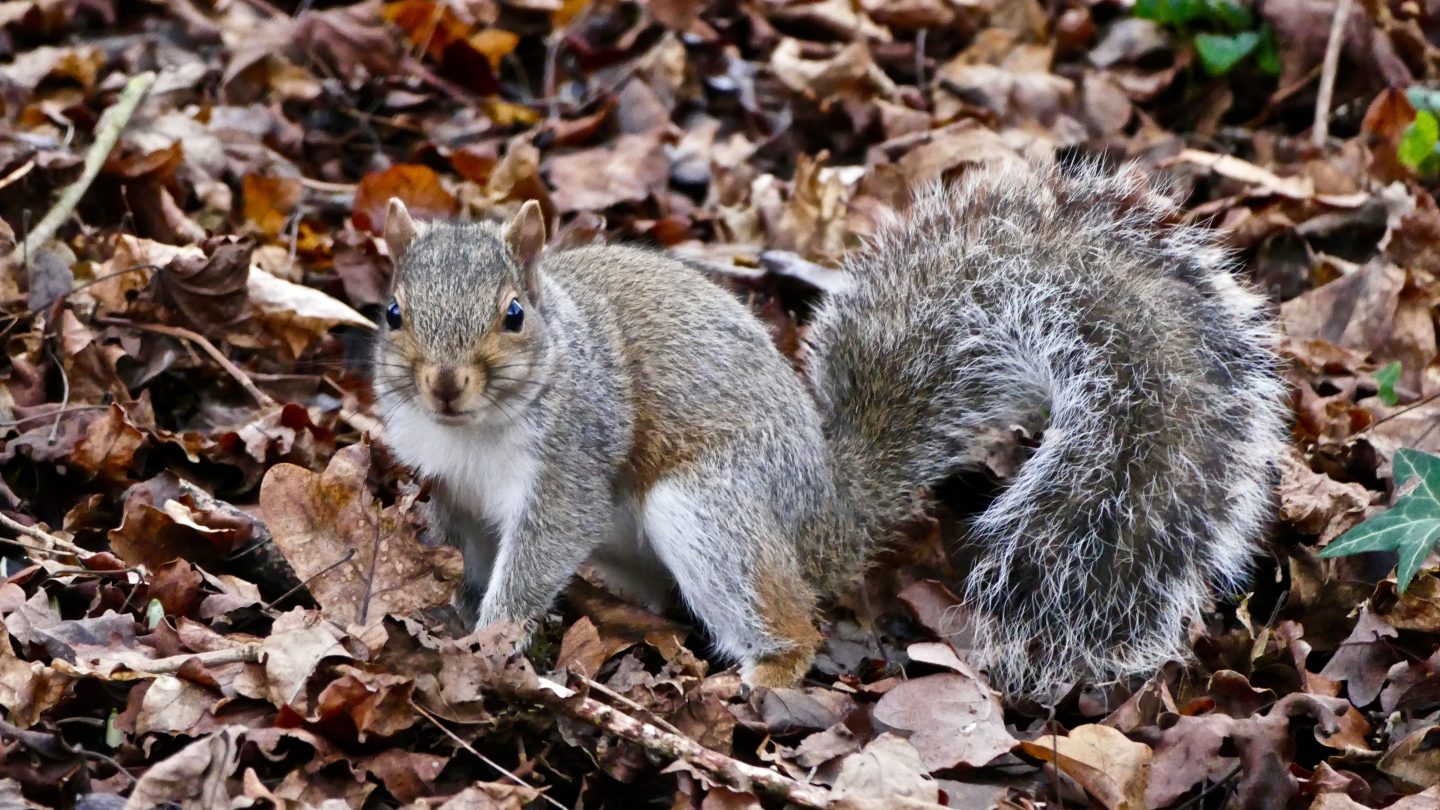 In the animal kingdom, many creatures develop unique ways of relaying information to their kin, but a new study highlights just how important it can be for certain animals to glean information from the communication of entirely different species. The research, published in PLOS One, reveals that squirrels can sense danger simply by spying on some unwitting feathered friends.

Squirrels, it turns out, are very good at listening to bird chatter, and have a knack for translating those chirps and tweets (or lack thereof) to sense when predators are nearby.

For the study, researchers hunted down grey squirrels and tested their reactions to certain bird noises. Using the threatening call of a hawk to strike fear in the furry mammals, the scientists recorded the changes in their behavior when the cheerful calls of songbirds were played at various intervals.

“We compared vigilance behavior of free-ranging squirrels in the presence of playbacks of bird chatter vs non-masking ambient background noise lacking chatter after priming them with a playback recording of a red-tailed hawk call,” the researchers write. “Squirrels responded to the hawk call playbacks by significantly increasing the proportion of time they spent engaged in vigilance behaviors and the number of times they looked up during otherwise non-vigilance behaviors, indicating that they perceived elevated predation threat prior to the playbacks of chatter or ambient noise.”

The squirrels, sensing immediate danger from above, were careful in their movements and did their best to avoid making themselves an easy meal. When silence followed the recorded hawk calls, the squirrels remained in that state, but when friendly bird chatter returned the squirrels took it as a sign that the skies were clear of threats.

“We knew that squirrels eavesdropped on the alarm calls of some bird species, but we were excited to find that they also eavesdrop on non-alarm sounds that indicate the birds feel relatively safe,” the scientists say. “Perhaps in some circumstances, cues of safety could be as important as cues of danger.”