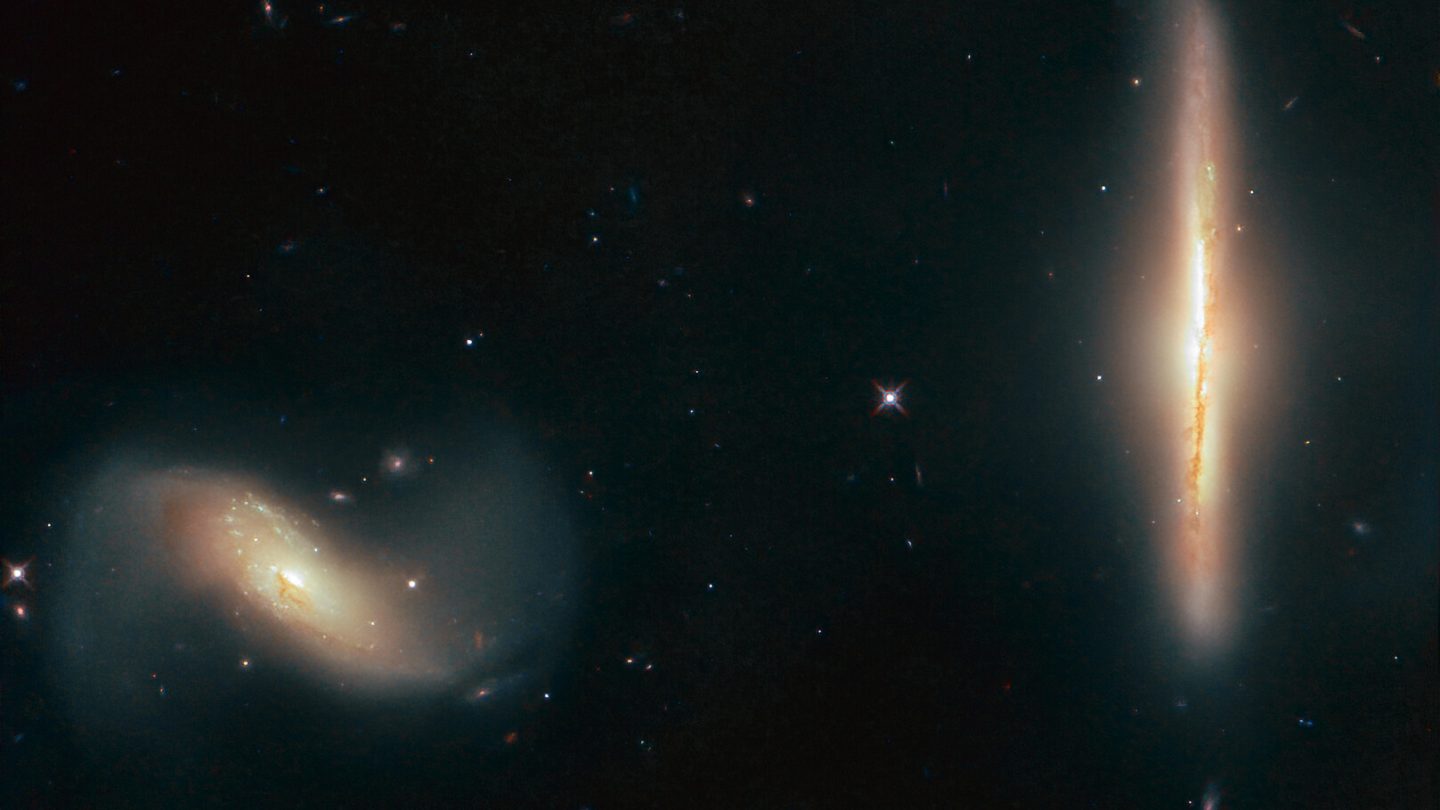 Size is always relative, and that’s especially true when it comes to outer space. We’re tiny creatures, so we think of the Earth as this incredibly large thing, with our solar system being almost impossibly large. The size of our home galaxy, the Milky Way, is hard to wrap our heads around, so when we peer into space and spot a pair of galaxies cuddling up close to each other it’s a difficult thing to grasp.

In this image captured by the Hubble Space Telescope, the cosmic feature known as Arp 293 is presented in gorgeous detail. Arp 293 is actually two separate galaxies that have drifted so close to one another that they’ve begun to share some of their material.

The two galaxies that makeup Arp 293 are NGC 6285 (on the left in the image) and NGC 6286 (on the right). From our point of view, they’re sitting virtually side-by-side. They’re far closer to one another than many galaxies we can observe from Earth, and while they’re still separated by many millions of light-years, their respective gravitational pulls are acting on the other.

As you can see in the image released by the ESA and NASA, material from both galaxies has begun to drift into space between the pair. This appears as a bluish haze in the image, and it’s made of various clouds of dust and gasses that are being pulled back and forth.

Our own Milky Way is actually going to eventually interact with a neighboring galaxy itself. Right now, as you sit and read this, our home galaxy is on a course to collide with the larger galaxy known as Andromeda. While this might sound scary, the huge space between stars in both galaxies means that the likelihood of collisions between stars will be very small. On top of that, the actual merger won’t take place for another 4.5 billion years or so, so it’s really not worth worrying about.