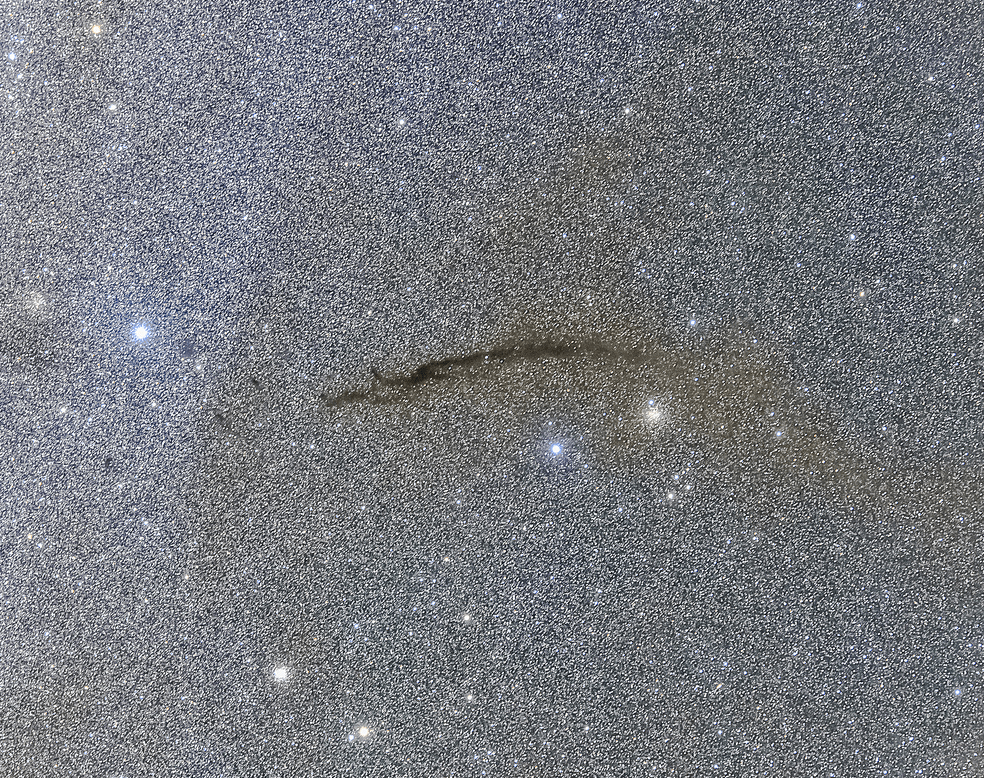 Long before our Sun formed it was nothing more than a bunch of material floating listlessly in a large cloud of gas, dust, and debris. These space clouds, called nebulas, are where stars and planets are born, eventually coalescing into larger bodies which become slaves to gravity and form systems such as the one we currently reside in. But what factors affect star and planet formation, and what ultimately determines the type of stars that form? Using observations of one very special nebula, scientists now think have begun to understand.

One of the biggest hurdles in studying these molecular space clouds is that telescopes can only produce a 2D picture of them, making it impossible to model the interior structure and movements of the dust and gasses. Researchers focused on the cloud known as Musca, which lies hundreds of light years away from Earth, but is still close enough to study. The scientists discovered that this particular cloud is “singing.”

In studying Musca, researchers from the Australian National University noticed that the cloud was vibrating. These vibrations produced waves that form hair-like striations of gas and dust. By mapping these strands, a 3D model of the cloud was built, and the team was even able to determine the frequency of the vibrations. Those frequencies were then scaled to be audible by human ears, and the “song” of the cloud was produced.

When viewed from Earth, the cloud looks like a needle-thin vortex of gas and dust, but the 3D model allowed scientists to reveal its true shape. Their work was published in Science.

“The results from this method were amazing. Despite the fact that Musca looks like a thin cylinder from Earth, the true size of its hidden dimension is not small at all,” Aris Tritsis of ANU writes in The Conversation. “In fact, it is comparable to its largest visible dimension on the plane of the sky.”

With the new data and models to use as a guide, the scientists hope to paint a more detailed picture of how such a cloud could eventually form stars and then planets. The data can also be used to better understand how our own Solar System formed, and perhaps explain the origins of other nearby stars and known exoplanet systems.