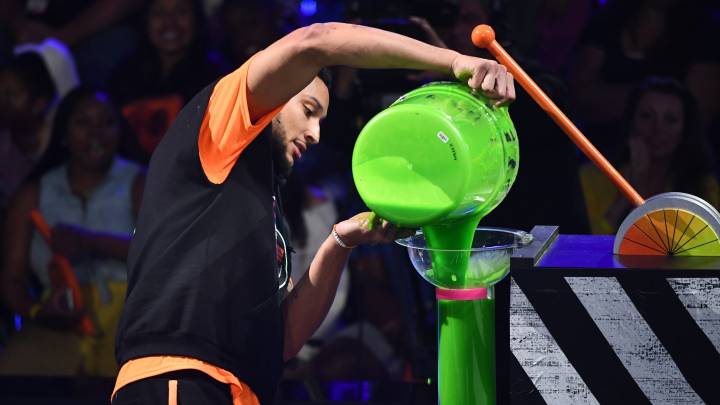 The International Space Station is home to a half dozen scientists for the majority of the year, and those brave space travelers carry out all kinds of experiments and studies for NASA and other scientific groups. When you live in your office, downtime can be hard to come by, but an upcoming supply mission will provide the ISS inhabitants with some very special “tools” that will surely put some smiles on their faces.

In a partnership with Nickelodeon, NASA is sending a package of slime to the orbiting laboratory. The sticky green substance has been popular on the children’s network for decades, appearing in game shows and various other programs, and now we’ll get to see what it looks like in microgravity.

The partnership was struck in the name of STEM education, and both NASA and Nickelodeon will use the resupply mission as an opportunity to hopefully get even more kids interested in space and science in general.

Nickelodeon, which says it plans to “slime a couple of astronauts” in space, will get footage of its green gunk floating in space, and video footage captured by the ISS crew will definitely be interesting. NASA has demonstrated the movement of water and various liquids in space before, but slime is a bit different, and we’ll have to wait and see what it does when it breaks free of the bonds of Earth’s gravity.

The slime shipment isn’t the only “toy” headed to the ISS via SpaceX’s next Dragon resupply mission. An Adidas soccer ball will also be along for the ride. The crew will reportedly use the ball in a number of tests to better understand how free-floating objects move in the environment of the space station, and the knowledge gained may be helpful in developing free-floating tools to assist astronauts on future missions.