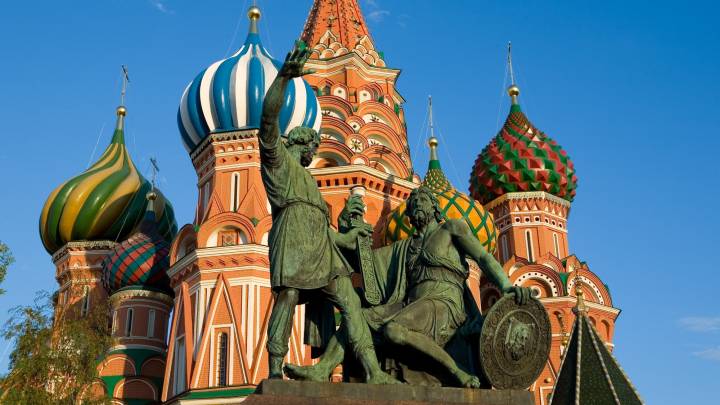 Military conflicts are expensive in many ways. They not only cost a lot in terms of money and resources, but they also often cost many lives. No country wants to send its citizens to fight and die, which is why technology like drones has become so appealing to the world’s superpowers. Russia is in the midst of a number of ongoing conflicts that require the threat of — and in some cases the application of — some measure of military force. Russia’s defense minister, Sergei Shoigu, is the man tasked with managing those conflicts, and rather than imagining what the future of warfare might look like, it seems Shoigu has been inspired by the past.

As Popular Mechanics reports, Shoigu recently appeared at a session of the Russian Geographical Society, and made some absolutely incredible statements that could be taken to mean that Russia is open to the idea of cloning humans for warfare. Even more jaw-dropping is the fact that Shoigu doesn’t appear to want to clone everyday soldiers, but rather ancient warriors that did their fighting on horseback, long before advanced military technology or even firearms existed.

During the session, Shoigu reportedly expressed his excitement about archaeological sites where Scythian warriors were buried. The Scythians lived in present-day Siberia some 3,000 years ago and were a powerful force in the region for a span of several centuries. They were among the first groups to master mobile warfare on horseback, and the nomadic Scythians carved out their own empire thanks to their skill as fierce warriors.

Russia’s defense minister is apparently a fan of their work and has been following the discovery and recovery efforts at Scythian burial sites. Why? Because he might actually want to bring them back by using their DNA to clone them. If the plan sounds absurd, that’s because it is.

Speaking at the meeting, Shoigu noted that it would be a big deal if scientists were able to recover genetic material from the remains of these long-dead soldiers. “Of course, we would like very much to find the organic matter, and I believe you understand what would follow that,” he said. “It would be possible to make something of it, if not Dolly the sheep. In general, it will be very interesting.”

Interesting indeed. The mention of Dolly, the famous cloned sheep, reveals Shoigu’s line of thinking here, but cloning the Scythians is a long shot at best. Human cloning has never been done before, as far as we know. Cloning primates, which are the closest to humans that we can get, is a complicated process with many pitfalls and only a slim chance of success. Cloning humans would be equally difficult, if not even more so.

On top of that, what does Shoigu think he’s going to get if he were somehow able to get a military cloning program off the ground in Russia? Scythian babies don’t mature any faster than anyone else, which means a couple of decades of raising the cloned children before they could be useful in a military setting. He’s also seemingly counting on Scythians to be cunning warriors by default, ignoring the likelihood that Scythian soldiers were great at what they did because of intense training skills passed down over many generations.

To be fair, Shoigu didn’t outright say that he plans on trying to clone ancient people, but he was strongly implying it. In any case, it would be close to impossible for such a thing to actually happen, and that’s ignoring the intense international outcry that would follow any news of such a program being started. We probably don’t have to worry about fighting wars against ancient super soldiers any time soon. Probably.