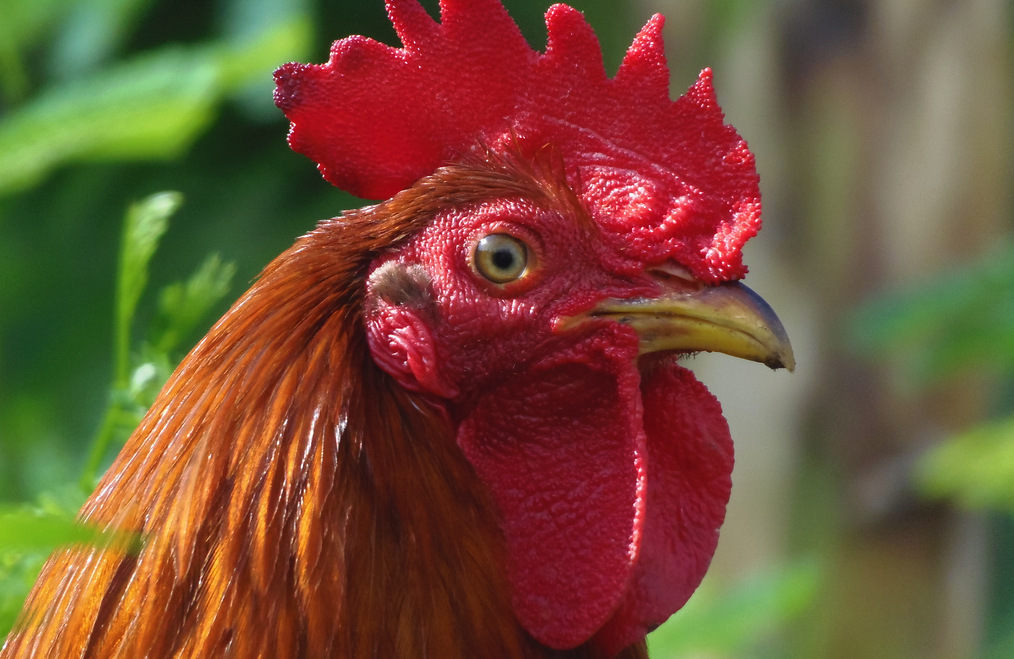 If you’ve ever lived on or near a farm that raises chickens you probably already know just how incredibly loud roosters are. The old depictions of a rooster waking up everyone within earshot is quite accurate, and their piercing bellows can be downright painful if you’re standing right next to one. Scientists have often wondered why roosters are seemingly immune to their own intense vocalizations, and a new study finally reveals the answer: they have built-in earplugs.

Researchers from a pair of universities in Belgium just published a study in the journal Zoology that details the mechanism that prevents roosters from damaging their own hearing. The first step in their quest for answers was to determine just how loud a rooster’s crowing actually is, and after sampling several different roosters the data indicated an average intensity of over 100 decibels. That’s roughly as loud as a car horn, and right at the “threshold of discomfort” for human hearing and it’s loud enough to cause deafness over time with repeated exposure.

After close examination of the skull structure of the birds the researchers realized that they actually have a built-in defense against loud sound in the form of small flaps of tissues that act like a barrier. When a rooster adjusts its head and neck as it begins to crow, the small bits of tissue actually close up the ear canal, which effectively acts as an earplug and dampens the noise significantly.

On top of that, the study reveals that roosters are actually able to regenerate the tiny hair cells deep within the ear that can become damaged from loud noises. Humans don’t have that same ability, which is why deafness caused by loud sounds is typically permanent for us. For roosters, a degree of deafness would likely only be temporary if it happened at all.

“Micro-CT scans of a rooster and chicken head show that in roosters the auditory canal closes when the beak is opened,” the researchers write. “In hens the diameter of the auditory canal only narrows but does not close completely. A morphological difference between the sexes in shape of a bursa-like slit which occurs in the outer ear canal causes the outer ear canal to close in roosters but not in hens.”