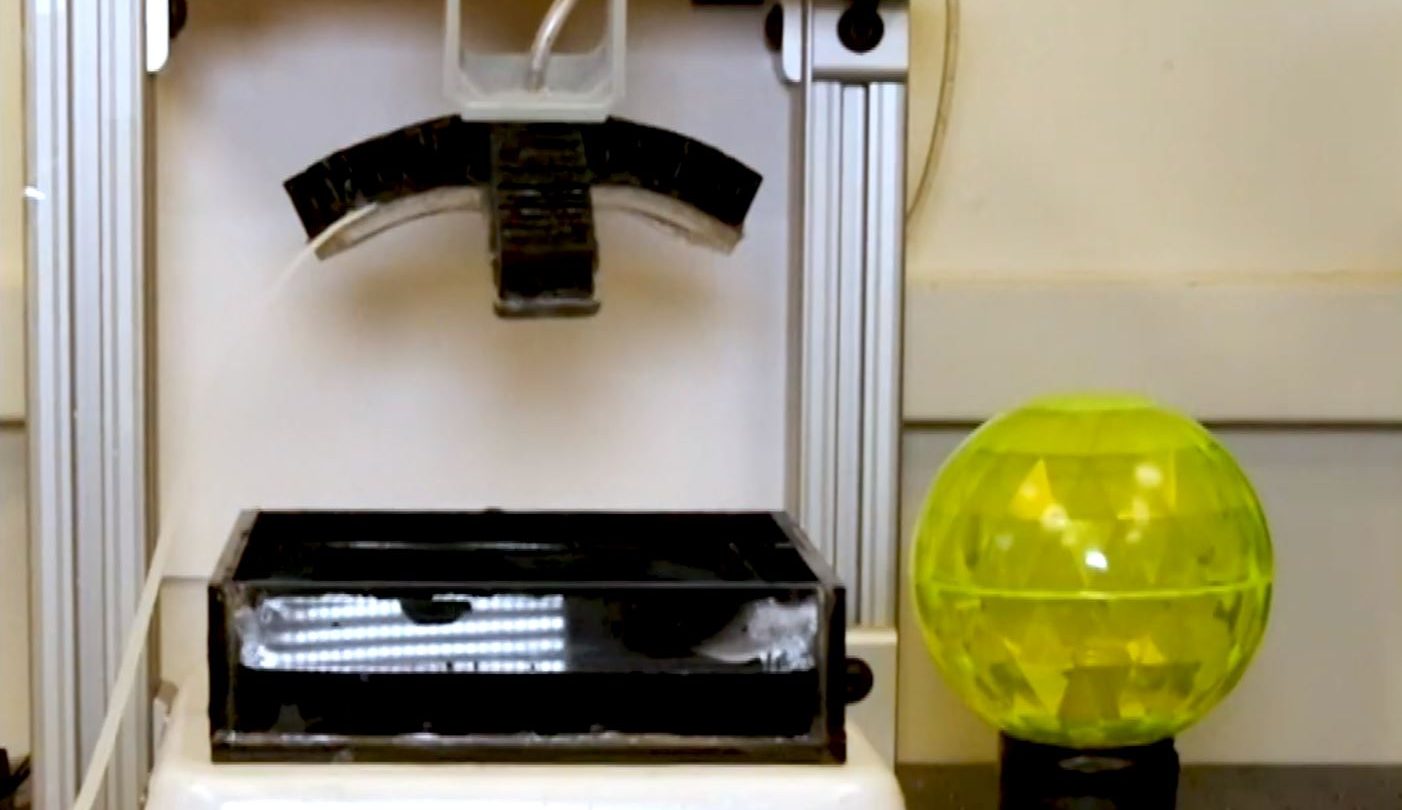 As the relentless march of technology continues unabated, robots have grown more and more complex. They’re capable of mimicking humans with increasing accuracy, but there are still a few things that set us apart from our mechanical creations. Sure, robots can touch, see, and hear, but what about taste? A team of researchers from UC Davis is taking care of that as we speak.

In a new paper published in Science Robotics, scientists from the university explain how they built a robot that has a rudimentary sense of taste thanks to some helpful — and specially-engineered — bacteria.

The robot, in this case, is a robotic arm equipped with several soft rubber fingers. The mechanical appendage also features a built-in “biosensing module” which houses a specific strain of engineered E. coli bacteria. A membrane separates the bacteria from the outside world, preventing the bacteria from escaping but allowing liquid to pass through.

The bacteria are designed to react to a specific chemical, and when they detect that chemical they glow. A sensor built into the fingers detects the light and relays that information to the robot’s control unit, where the bot decides whether or not it’s safe to proceed.

For the experiment, the team tasked the robot with deciding whether or not it was safe to place an object (a plastic sphere) into a bath of liquid. First, the robot “tasted” the liquid with its hand, waiting to see whether the water was contaminated with the chemical or not, and then proceeded if the water was clean.

The researchers suggest that similar systems could become vital in the future, allowing robots to be more flexible in their capabilities and giving them the power to better sense their surroundings.