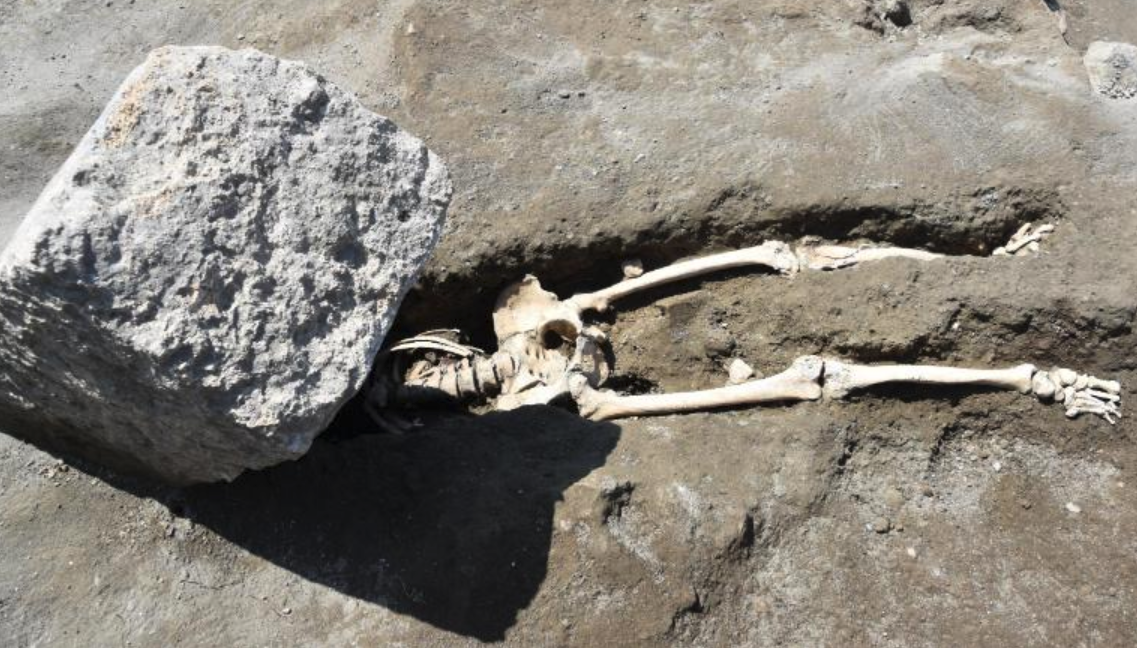 When Mount Vesuvius erupted way back in the year AD 79, it was one of the most catastrophic events that humans had ever experienced up to that point. The city of Pompeii was utterly devastated by the eruption, and the total death toll still remains unknown to this day. The countless deaths were the result of a number of different factors, including the molten rock being spewed into the air and the pyroclastic flow produced by the volcano.

A newly-unearthed casualty of the eruption died of something entirely different, and his remains have been waiting almost 2,000 years to tell the tragic tale.

Archaeologists still working on retrieving artifacts and remains from the buried city of Pompeii uncovered the skeleton of a man who seems to have died of terrible luck. Based on the location of the man’s remains and the, well, large object on his body, it appears as though he actually survived the initial volcanic blast and had waited for the right moment to evacuate the area.

It seems he picked the wrong moment instead.

The man’s remains were found with his upper body completely crushed by a massive rock. It seems the man had attempted to flee the city and was making his way down an alleyway when the massive rock fell on top of him. The rock’s origins are unknown, though researchers have reportedly suggested that it might have been a doorjamb that collapsed as he was making his way past it.

He tried to escape his fate in the city and failed, but archaeologists think his fate may have been unavoidable due to what they believe is evidence in the man’s bones of a severe infection. A lesion on the man’s lower leg may have made it difficult for him to move swiftly, and could have contributed to his inability to avoid the massive obstacle that ultimately took his life.