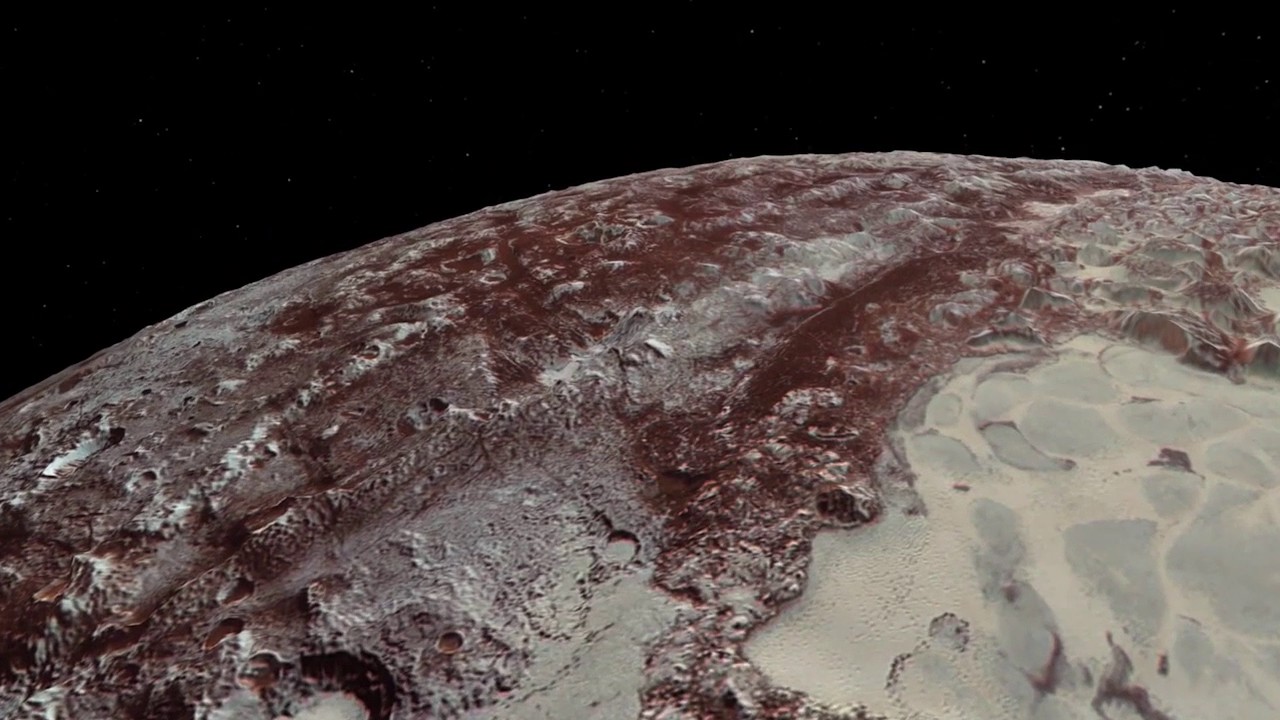 The New Horizons spacecraft has Pluto well and truly in the rear-view mirror by now, as it’s on the way to check out the Kuiper Belt. But the magic of space exploration is that long after the probe has departed, scientists still have mountains of data to sift over.

To celebrate the one-year anniversary of New Horizons’ flyby of Pluto, NASA’s team of scientists has put together a two-minute video of a Pluto flyby, based on elevation data and observations made by New Horizons during its short but glorious mission.

NASA provides a handy guide to what you’re actually seeing in the Pluto flyby:

This dramatic Pluto flyover begins over the highlands to the southwest of the great expanse of nitrogen ice plain informally named Sputnik Planitia. The viewer first passes over the western margin of Sputnik, where it borders the dark, cratered terrain of Cthulhu Macula, with the blocky mountain ranges located within the plains seen on the right. The tour moves north past the rugged and fractured highlands of Voyager Terra and then turns southward over Pioneer Terra — which exhibits deep and wide pits — before concluding over the bladed terrain of Tartarus Dorsa in the far east of the encounter hemisphere.

There’s also a second video for Charon, Pluto’s largest Moon. Both videos have had the topology of the surface exaggerated to make for more interesting viewing, and the colors are also not accurate to what the naked human eye would see.