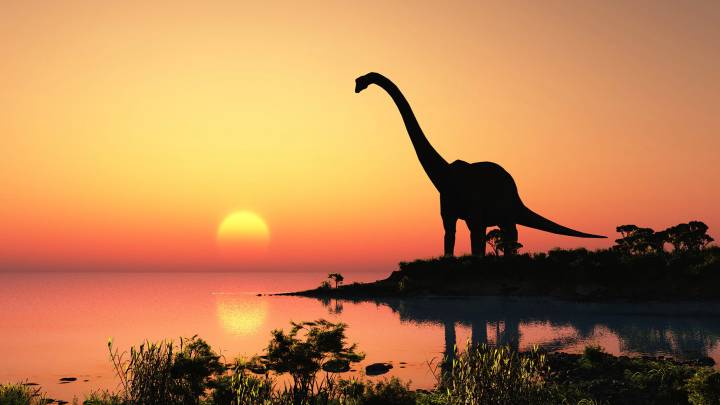 The Triceratops is the most famous member of one of the most iconic dinosaur groups. The three-horned dinosaurs with the fancy, bony frills draped over their necks are always a favorite of kids and adults alike, but the mighty beasts that could grow to up to 30 feet in length weren’t the first of their kind. The Ceratopsidae family has many members, and a brand new one was just described in a scientific journal for the first time.

Fossils of Menefeeceratops sealeyi were originally discovered back in 1996 by a researcher named Paul Sealy from the New Mexico Museum of Natural History and Science. At the time, it didn’t get its due, but researchers have now examined it in detail and determined that it is indeed an entirely new species from the Ceratopsidae family, and it’s believed to be the oldest one yet.

The discovery of the dinosaur as being an entirely new species is important for a number of reasons, not least of which is the location where it was found. Specimens of the species, including multiple bones from the same animal in one area, were discovered in the Menefee Formation in New Mexico. With most of the discoveries of Ceratopsidae specimens being located hundreds of miles north, this new dinosaur being so old and so far south throws a curveball in scientists’ understanding of these dinosaurs.

“There has been a striking increase in our knowledge of ceratopsid diversity during the past two decades,” Peter Dodson, co-author of the study, said in a statement. “Much of that has resulted from discoveries farther north, from Utah to Alberta. It is particularly exciting that this find so far south is significantly older than any previous ceratopsid discovery. It underscores the importance of the Menefee dinosaur fauna for the understanding of the evolution of Late Cretaceous dinosaur faunas throughout western North America.”

Another interesting note is the size of the dinosaur itself. Based on the fossil evidence that is available, researchers have estimated that the creatures grew to a maximum length of about 15 feet. That might seem large compared to a human, but it pales in comparison to the Triceratops, which arrived millions of years later and grew to lengths of up to 30 feet.

It’s clear that this lineage of dinosaurs had a long history, and this oldest member of the group was just a tiny sample of what would come later, with much larger horned dinosaurs equipped with even more impressive armor and other features. Some of the later species featured massive, boney shield-like headgear and even spikes in place of boney frills.

The new species name, Menefeeceratops sealeyi, is a nod to both the area where it was discovered, the family group of the dinosaur, and the original discoverer from 1996, Paul Sealy.