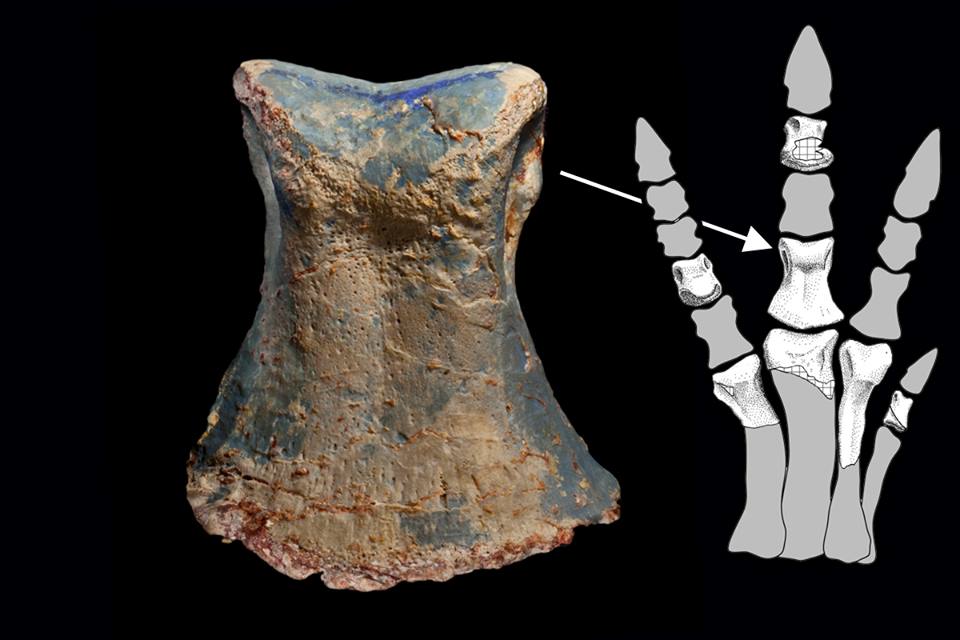 Gem hunters and paleontologists have a lot in common. Both spend a lot of time sifting through dirt and rock in the hopes of finding things that have been hidden for countless years and every so often their tireless quests overlap.

Bob Foster, an Australian gem hunter, knows this better than most, and he’s just now getting credit for a discovery he made some 35 years ago by accident. As The New York Times reports, a strange bone Foster discovered decades ago has just found its place in the fossil record, and the entirely new dinosaur species it belonged to now carries Foster’s own name.

Foster was never hunting for bones when he made his unexpected discovery, but his search for opal had let him to ancient animal remains on occasion. He’d found fish bones and shells before, but when he found a square-shaped bone he didn’t recognize he decided to bring it to a museum in Sydney.

Unfortunately, the fossils didn’t get the attention they deserved, so Foster took them back and donated them to the Australian Opal Center where Dr. Phil Bell from the University of New England in Armidale realized how special the discovery might be. The bones were closely studied in order to determine what species they belonged to, but when no exact match was found it became clear that it was an entirely new species.

Now, over three decades since they were first found, Foster’s name is in the history books… well, sort of. The new species that the bones belonged to has been named Fostoria dhimbangunmal in his honor. The dinosaur was a large herbivore that would have roamed Australia some 100 million years ago, and its bones were lying in wait for someone to find. That someone just happened to be Bob Foster.