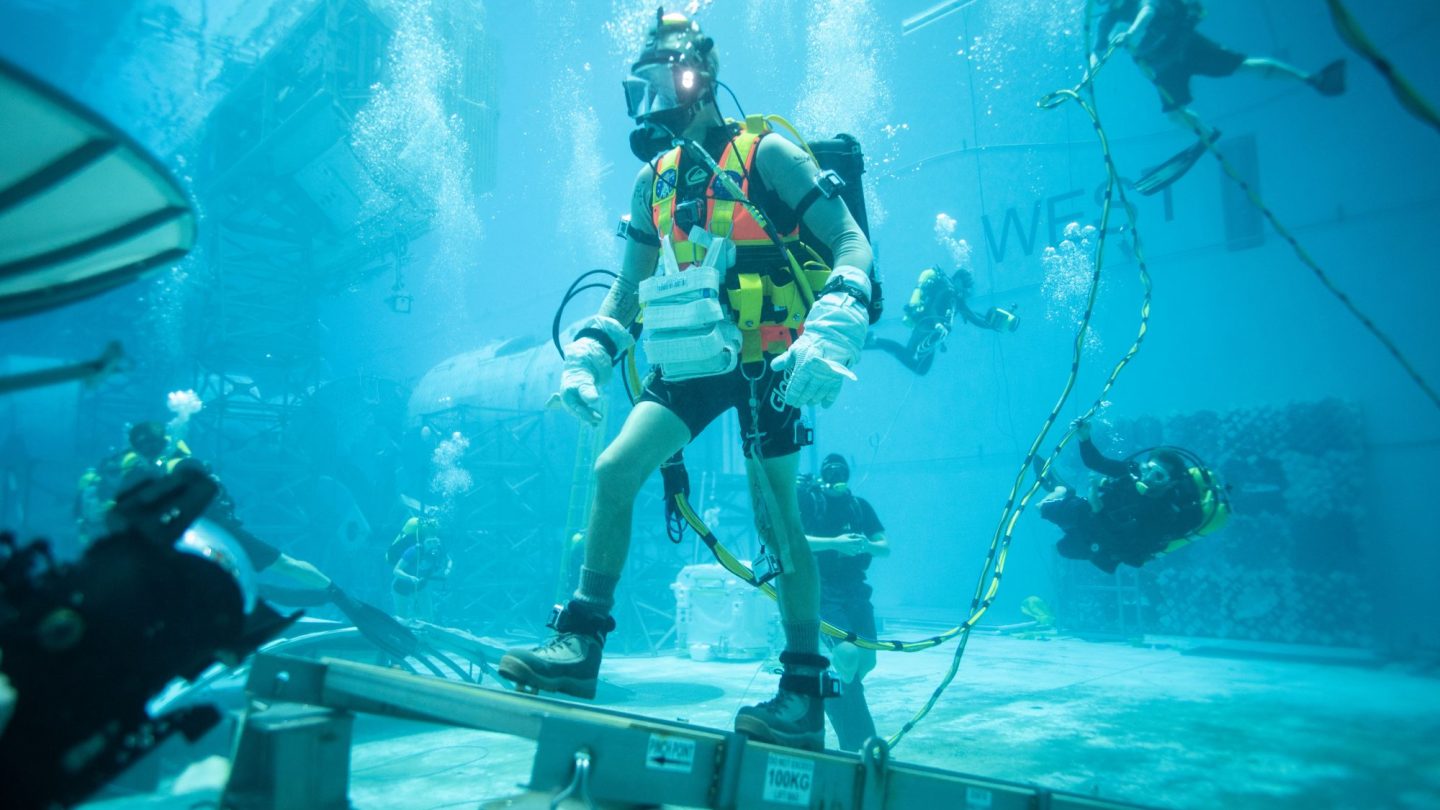 NASA astronaut candidates have to meet a long list of criteria before the space agency decides they’re fit to carry out important duties in space. When astronauts return to the Moon in the near future, they’ll be met with challenges that few space travelers have ever endured, and NASA wants to make sure they’re ready for life on another world.

In a new blog post, NASA highlights one of the tools at its disposal for preparing future Moon explorers: the Neutral Buoyancy Lab located at the Johnson Space Center. In a massive water tank, astronauts experience simulated low-gravity, and they wear much more than your average swimmer.

When it comes to simulating low gravity here on Earth, our options are very much limited. NASA’s massive water lab is about as good as it gets, and while it’s not exactly a one-to-one simulation of the Moon’s low-gravity environment, it’s close enough that astronauts get a good idea of what challenges await them when they arrive on the lunar surface.

NASA astronauts wear weighted vests and backpacks to simulate walking on the Moon, which has one-sixth the gravity of Earth.  Astronauts Drew Feustel and Don Pettit are among those training in the massive pool, which is used primarily to train astronauts for spacewalks aboard the International Space Station.

As you can see from the image, an entire team of divers aids in the simulated exercises, and the astronaut is equipped with boots and gloves that match closely with what they’ll be wearing during Moonwalks.

NASA is currently expecting to have crewed missions ready for travel to the Moon as soon as 2024. The mission’s launch date, which was mandated by the Trump administration, shortened the timeline for a return to the Moon dramatically, and there are still plenty of experts who believe NASA will fall short of the goal and have to push things back a bit.

In any case, the astronauts chosen for the missions will be ready for the Moon whenever the rockets are ready to fly.