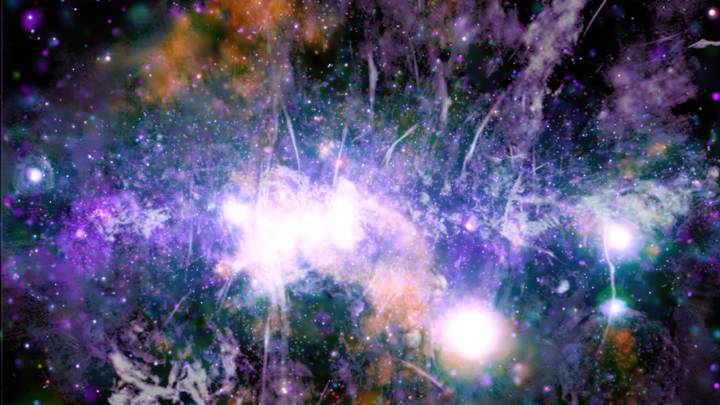 NASA’s Hubble Space Telescope has delivered so many incredible images of objects and structures in space that it’s easy to forget that NASA has a whole lot of other space-scanning hardware working overtime to make new discoveries of their own. One of those is the Chandra X-ray Observatory which, as you can tell by the name, detects X-ray energy in space. It was designed to last roughly five years in space, but it’s already logged over 21, and it’s about to have its 22nd anniversary in a couple of months.

Chandra is an extremely powerful tool because it can ignore visible light and peer deeper into our own Milky Way galaxy than telescopes that view visible or UV light bands. Combined with observations made by the MeerKAT radio telescope in South Africa, scientists using data from Chandra have delivered a view of the center of the Milky Way that is just plain stunning.

The image you see above (and the full version below) is the Galactic Center. It’s the collection of objects right in the middle of the galaxy and it’s what our Sun orbits, carrying all of us smaller objects along with it. If it looks more like some kind of artsy painting, that’s because Chandra captures X-rays in various colors and the MeerKAT telescope fills in its own detections in both gray and purple. This collection of energy, gasses, and magnetic fields is called a thread. 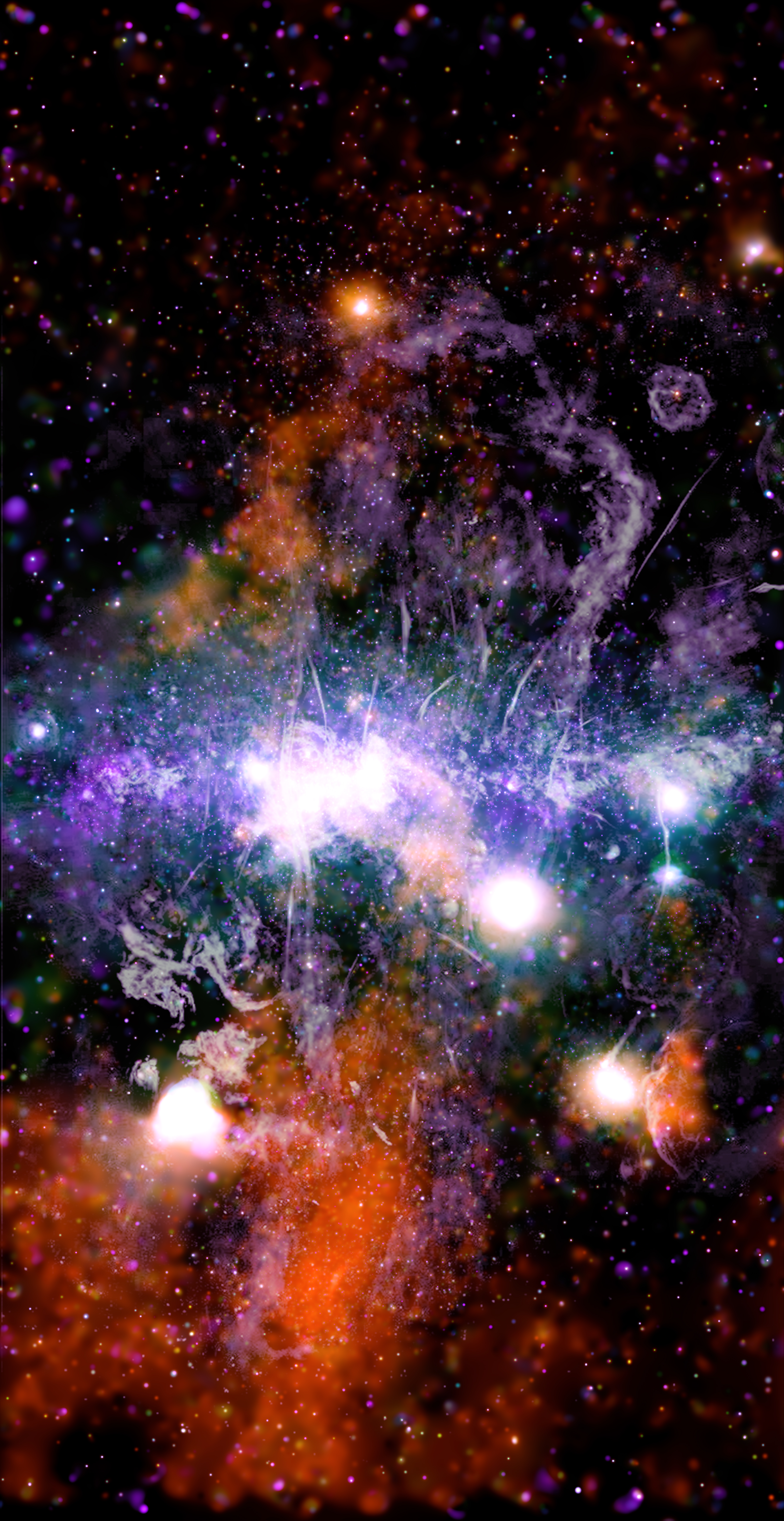 The incredible image was released as part of a new study by Q. Daniel Wang from the University of Massachusetts at Amherst. Wang focused on this area to better understand galactic weather, which is the flow of energy throughout the galaxy.

“A new study of the X-ray and radio properties of this thread by Q. Daniel Wang of the University of Massachusetts at Amherst suggests these features are bound together by thin strips of magnetic fields,” NASA writes. “This is similar to what was observed in a previously studied thread. Such strips may have formed when magnetic fields aligned in different directions collided and became twisted around each other in a process called magnetic reconnection. This is similar to the phenomenon that drives energetic particles away from the Sun and is responsible for the space weather that sometimes affects Earth.”

The research itself is important due to the impact that space weather can have on Earth and other plants in our vicinity, as well as human technology sent into space. Learning more about space weather will be vital when groups like NASA are ready to begin sending humans to places like Mars, as space weather could severely impact those trips. The added bonus is that the images generated by this data are just plain awesome, and provide us with a never-before-seen look at parts of our home galaxy that simply couldn’t be viewed any other way.