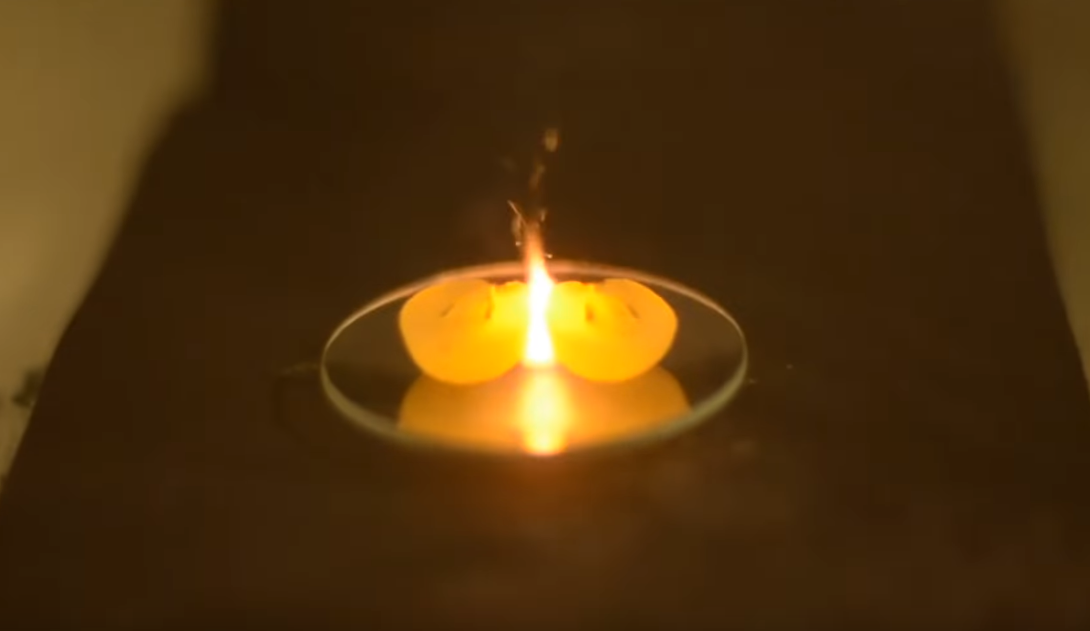 If you’ve ever searched for ways to make plasma at home (and let’s be honest, who hasn’t?) you’ll quickly come across an interesting kitchen experiment that involves one or more grapes. By placing two grapes or two halves of a grape right next to each other in a microwave and then firing it up, you’ll see a flash of sparks and white-hot plasma forming between them… but why?

A new research paper attempted to answer that burning question, and they managed to destroy a whole bunch of microwaves in the process. Their work, which is detailed in a new paper in Proceedings of the National Academy of Sciences, reveals that the grapes and microwaves have a rather bizarre relationship.

To better observe the phenomenon, the researchers had to modify their microwaves, install a camera, and nix the protective door. They fried many grapes as well as water-soaked beads in order to hone in on the mechanisms at work at the spark-spitting contact point between the two objects.

“Many microwaves were in fact harmed during the experiments,” Hamza Khattak of Trent University, co-author of the study, told Ars Technica. “At one point, we had a microwave graveyard in the lab before disposing of the many early iterations in electronic waste.”

Previously, the best guess from the DIY science community was that an electrical current was fusing the two grapes together, forming hot plasma in the center. As it turns out, that’s not exactly right, and the researchers believe they know what’s really going on.

The team believes that the microwaves are actually collecting microwave energy inside due to their consistency, and when two of them are allowed to touch inside of the appliance the result is a “hot spot” that forms at the contact point. The grapes act like two condensed balls of intense microwave energy and when they touch the sparks and plasma fly.