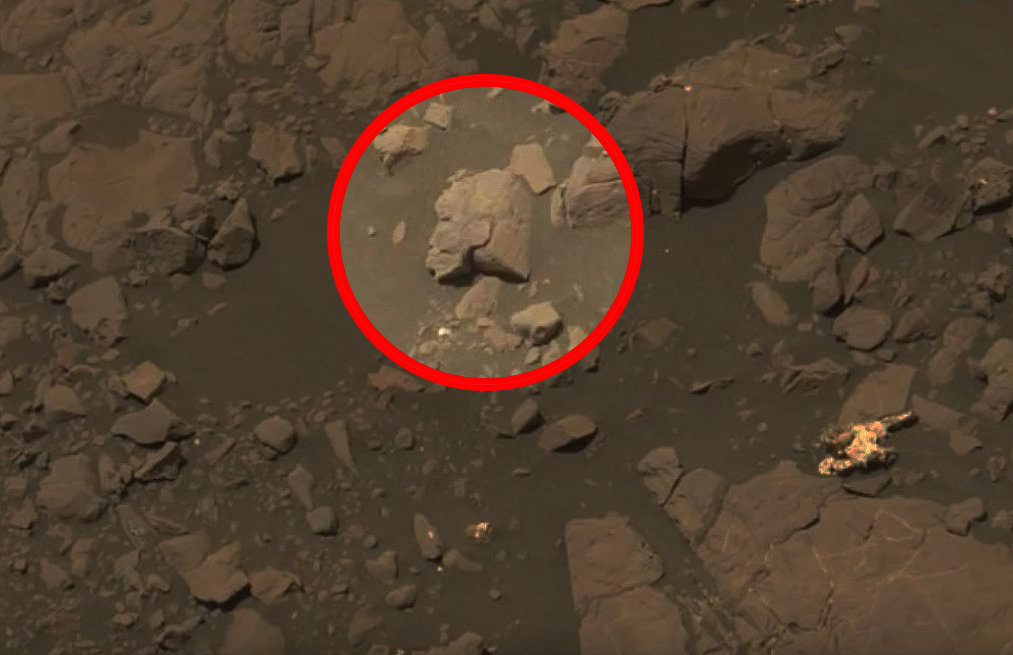 You know how when you stare at clouds long enough you begin to see shapes and objects and figures that aren’t really there? What you’re experiencing is your brain trying to match up the shapeless blobs with things it knows exist, and if you stare long enough you’re bound to see all kinds of things. When you’re bored, it’s a neat way to kill five minutes, but when it comes to science, convincing yourself that you’re seeing certain things that aren’t really there is a fruitless endeavor. Such is the case with a newly discovered “statue” on Mars that believers say depicts an “Ancient Warrior Woman.”

The first sighting of this so-called statue seems to have come from a YouTuber who specializes in finding strange shapes in the many videos and images of the Martian landscape that scientists release to the general public. In this particular photo, a seemingly normal rock is said to actually be the remains of an ancient stone statue that “proves” that mankind actually originated on the Red Planet. Oh boy!

If the fanatics are to be believed (they aren’t, by the way), the rock is actually a side profile of a head-shaped carving, with eyes, an ear, and an angular jaw line visible above the dusty surface. It vaguely resembles some ancient Egyptian statues and monuments, but the image isn’t particularly detailed, so it’s easy to see whatever you want.

It’s not hard to debunk something like this, especially when you consider that of all the images and footage of the Martian surface that we’ve already seen (you can literally scour the planet from above in Google Maps), there’s zero evidence of any large structures, cities, or traces of civilization of any kind. The existence of a tiny statue on the planet’s surface, and the fact that it measures only a few inches, is essentially impossible.

If we’re to believe that ancient Mars civilizations existed at one point, and that they have long since fallen into ruin, the tiny stone would have eroded away long before larger monuments and structures which would still be visible on the surface.

To be clear, none of this explicitly discounts the possibility that scientists may one day find evidence that life of some kind existed on Mars — or even that life on Earth is a byproduct of a previous Martian civilization — but right now there’s just no evidence of it, and this tiny rock just isn’t what theorist wish it to be.