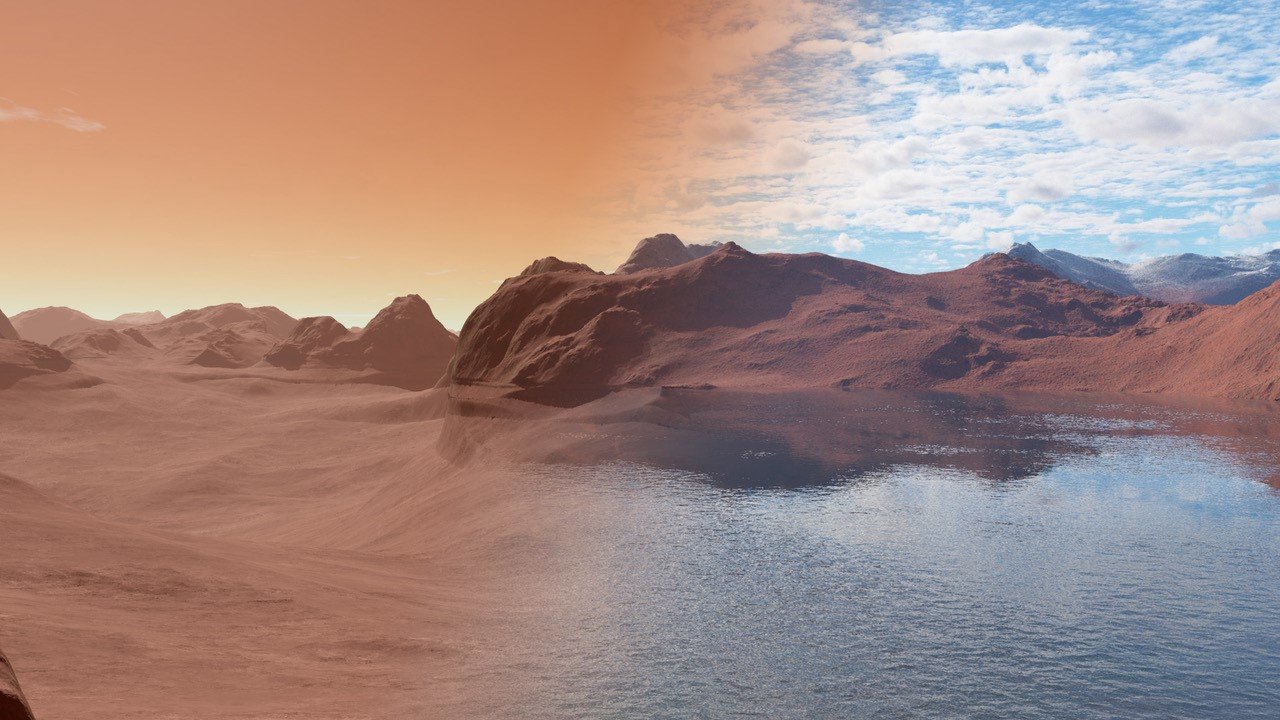 As far as anyone knows, Mars is currently totally devoid of life. We don’t know if that was always the case, but we know that modern-day Mars is a rather hostile place to be thanks to frigid temperatures and deadly radiation. When humans eventually arrive on the Red Planet, we might be able to change that, and a new study offers a hint as to how that could happen.

In a new paper published in Nature Astronomy, researchers explain how a thin layer of aerogel — a highly porous, virtually weightless material — could make huge regions of Mars more habitable.

Scientists have imagined what it would take to terraform Mars in the past, and the general consensus is that raising the surface temperature to above the freezing point of water needs to be the first major step. Once there’s flowing water on Mars, we could begin to truly modify the environment and perhaps even make it liveable in the future, but it’s easier said than done.

The researchers in the latest study considered how aerogel might play a role. They designed an experiment to simulate how sunlight passing through an aerogel “shield” could change the conditions of the surface below, discovering that using a layer of silica aerogel just 2 to 3 centimeters thick allowed enough light to pass through for plants to use for photosynthesis while also blocking harmful UV radiation.

On Earth, we’re concerned with the greenhouse effect because it pushes the temperature of our planet’s surface to dangerous highs. On Mars, a layer of aerogel could serve the same purpose. Layers of the incredibly lightweight material could raise the temperature over large regions, allowing water to flow and plant life to thrive.

At this point, of course, this is all very much theoretical. Aerogel is real and, it seems, could be used to solve a major problem for future settlers of Mars, but producing it on the Red Planet (or bringing it all the way from Earth) is barely worth dreaming about at this point.