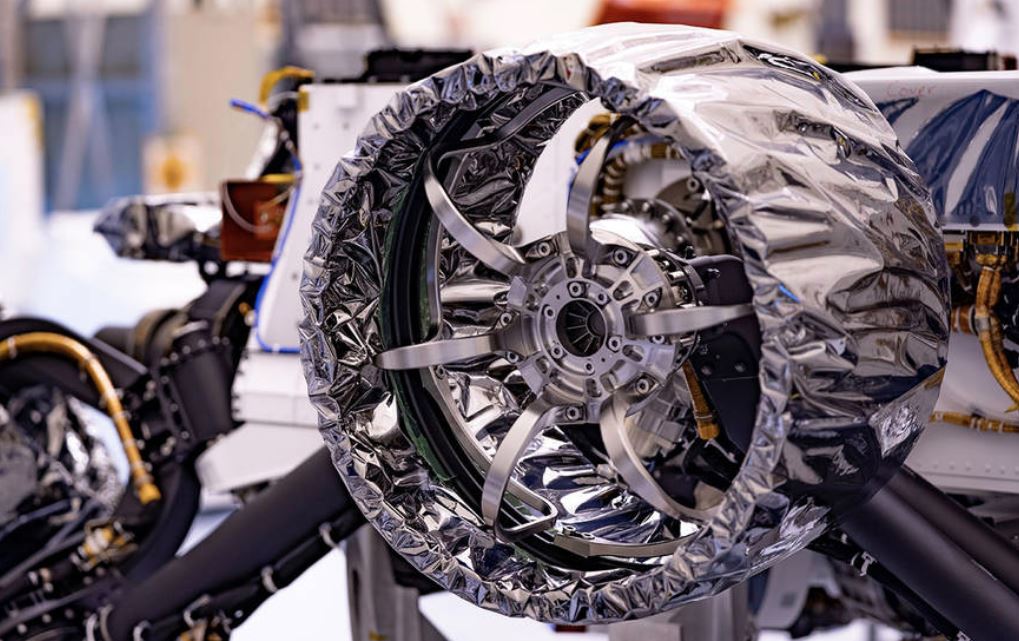 The world might be in the midst of a health crisis at the moment but that isn’t stopping NASA from pushing full speed ahead with its Mars 2020 plans. In the latest example of the space agency’s drive to make the mission happen even in the face of incredible adversity, NASA showed off new images of the rover’s newly-installed wheels, and boy do they look lovely.

The wheels were installed at Kennedy Space Center, and they’re just the latest components in the incredibly long assembly process. The rover is essentially “done,” in that its various pieces are ready to go, but putting it all together and preparing it to be shot into space is a time-consuming process.

As NASA explains in a new blog post, the rover’s previous test drive was conducted on spare wheels that weren’t actually intended to be used during the real mission. That’s fine because that means the “flight wheels” are brand-spankin’ new and ready for their trip. NASA included plenty of gorgeous photos of the rover’s new feet.

“Machined out of a block of flight-grade aluminum and equipped with titanium spokes, each wheel is slightly larger in diameter and narrower than Curiosity’s, with skins that are almost a millimeter thicker,” NASA explains. “They also feature new treads, or grousers: In place of Curiosity’s 24 chevron-pattern treads are 48 gently curved ones. Extensive testing in the Mars Yard at NASA’s Jet Propulsion Laboratory, which built the rover and manages operations, has shown these treads better withstand the pressure from sharp rocks and grip just as well or better than Curiosity’s when driving on sand.”

This might go without saying, but the rover’s wheels are one of its most important components. Wear and tear on the wheels can be severe given the unforgiving environment of the Red Planet, and wheel failures could potentially end the mission far sooner than NASA would prefer.

Curiosity’s wheels have gradually deteriorated over time, and NASA’s Jet Propulsion Laboratory has kept a close eye on their status over the years. They’re still holding up, which is great, but testing out a new design on Mars means a few additional question marks.

The Mars 2020 mission with the Perseverance rover is scheduled to launch in July. That date remains in place despite some drastic measures taken by NASA in the face of the coronavirus pandemic, and the agency seems confident it will be able to make it happen. If for some reason the mission has to be delayed, the delay would mean pushing the mission back to 2022, which is when the next window for a Mars mission would open.