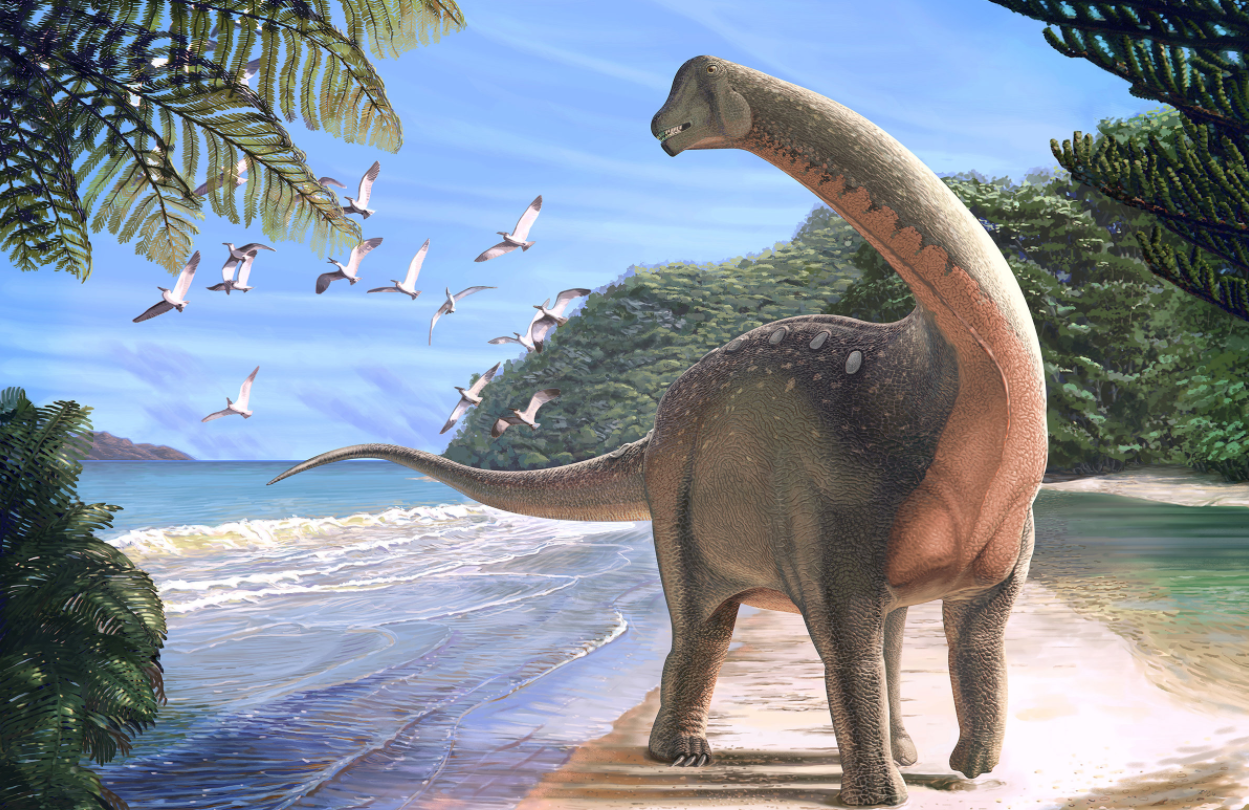 Ancient dinosaur fossils tend to show up in some of the places where you’d least expect it, but finding any dinosaur remains in Africa is typically a cause for celebration. Scientists don’t have a very clear picture of what creatures roamed the continent in the Late Cretaceous period thanks to a serious lack of fossils, but a new discovery is helping to change that ever so slightly. The fossilized remains of an entirely new species of dinosaur were recently uncovered in the Sahara Desert, and the creature that left them behind was quite large.

Paleontologists have named the creature Mansourasaurus — the name comes from the Mansoura University Vertebrate Paleontology program that its discoverers are part of — and while precious little is known about the dinosaur’s habits, it size and body composition are quite familiar. The research was published in Nature.

The Mansourasaurus is classified as a titanosaur, meaning it was a sauropod with a long neck, walked on four trunk-like legs, and had a long sweeping tail. It was roughly the size of a bus, and it weighed about as much as an African elephant. That’s big, but certainly not the biggest of the titanosaurs. It was well equipped for picking leaves and other flora and, like its peers, had very little interest in meat.

It might not be the most exciting new dinosaur, but thanks to the drought of African fossils from this time period, its discovery is giving researchers plenty of reason to take notice. Its similarity to other sauropod dinosaurs from around the same time, including many skeletal features that match up with creatures found in Europe, reveals that dinosaurs in Africa didn’t exist in a vacuum.

“Mansourasaurus shahinae is a key new dinosaur species, and a critical discovery for Egyptian and African paleontology,” Dr. Eric Gorscak, co-author of the study, explains. “Africa remains a giant question mark in terms of land-dwelling animals at the end of the Age of Dinosaurs. Mansourasaurus helps us address longstanding questions about Africa’s fossil record and paleobiology—what animals were living there, and to what other species were these animals most closely related?”

With such an important discovery under their belts, the researchers hope that the discovery of new fossil evidence in Africa will come more frequently in the future.