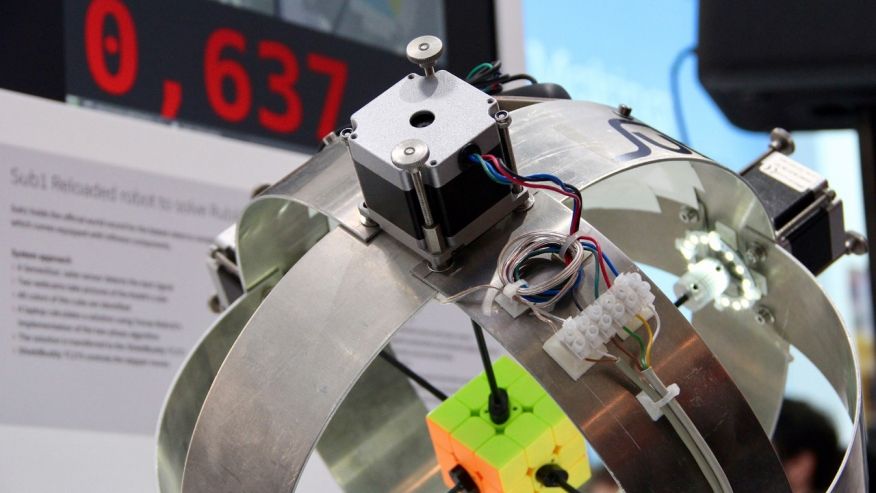 A robot designed by a German engineer has set a new world record for completing a Rubik’s Cube, Guinness World Records has confirmed.

The Sub 1 Reloaded robot, which is the brainchild of engineer Albert Beer, solved the famous puzzle in a mind-boggling 0.637 seconds, beating the prior record of 0.887 seconds.

The robot, which harnesses a processor from chipmaker Infineon Technologies, used its six mechanical arms to complete the Cube in 21 moves during its record attempt last year.

The machine received two pictures of the cube, identified the color of each piece and then calculated a solution by using a Two-Phase Algorithm devised by Herbert Kociemba. The solution was then passed on to the Infineon processor, which orchestrated the moves.

A video shows the robot achieving the incredible feat – just be careful not to blink!

The human record for completing a Rubik’s Cube is 4.904 seconds, which was set by teenager Lucas Etter in November 2015.