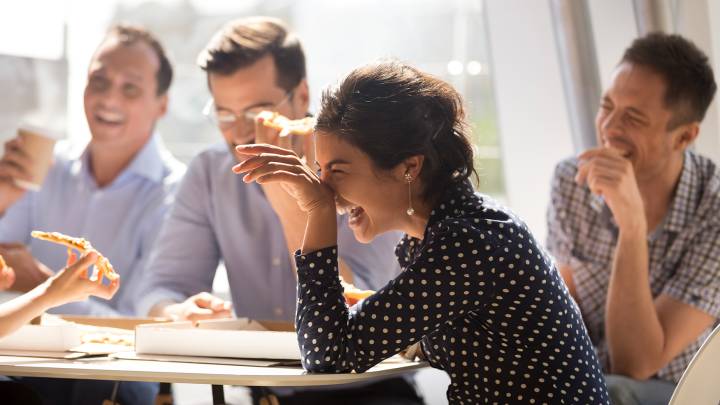 Laughing is one of the best feelings in the world. It’s a sign of happiness and it has some serious health benefits to boot. We tend to associate laughter with humans and possibly primates, but we’re far the only mammals that enjoy a good chuckle. A new study by scientists at UCLA reveals that there are dozens of animal species that laugh and managed to tally a full 65 different creatures that laugh in the way that we think of it.

There are many animals on the planet that vocalize in ways that sound like laughter. However, not all of these vocalizations are linked to playing. Playfulness is a key in differentiating vocalizations that are similar to human laughing and those that merely sound like laughter. After all, if an animal “laughs” when they are in danger or to scare off a predator, they’re probably not enjoying themselves.

The researchers draw some very interesting conclusions in their work, including a link between laughing and panting. It’s been theorized that laughing “evolved” from heavy breathing during play. We laugh today as a way of signaling that we enjoyed something, and animals tend to pant and breath heavy during spirited bouts of play, sometimes incorporating similar vocalizations.

Our review indicates that vocal play signals are usually inconspicuous, although loud vocalisations, which suggest a broadcast function, are present in humans and some other species. Spontaneous laughter in humans shares acoustic and functional characteristics with play vocalisations across many species, but most notably with other great apes. Play vocalisations in primates and other mammals often include sounds of panting, supporting the theory that human laughter evolved from an auditory cue of laboured breathing during play.

The researchers analyzed previous research on a variety of species to compile their list of animals that vocalize in a way that could be considered laughter. The list is long (you can view the full list here) and includes animals across a wide range of groups, including several cat and dog species, rats, many different primates, several species of mongoose, dolphins, orca whales, elephants, and even domestic cows.

“When we laugh, we are often providing information to others that we are having fun and also inviting others to join,” Sasha L. Winkler, lead author of the research, said in a statement. “Some scholars have suggested that this kind of vocal behavior is shared across many animals who play, and as such, laughter is our human version of an evolutionarily old vocal play signal.”