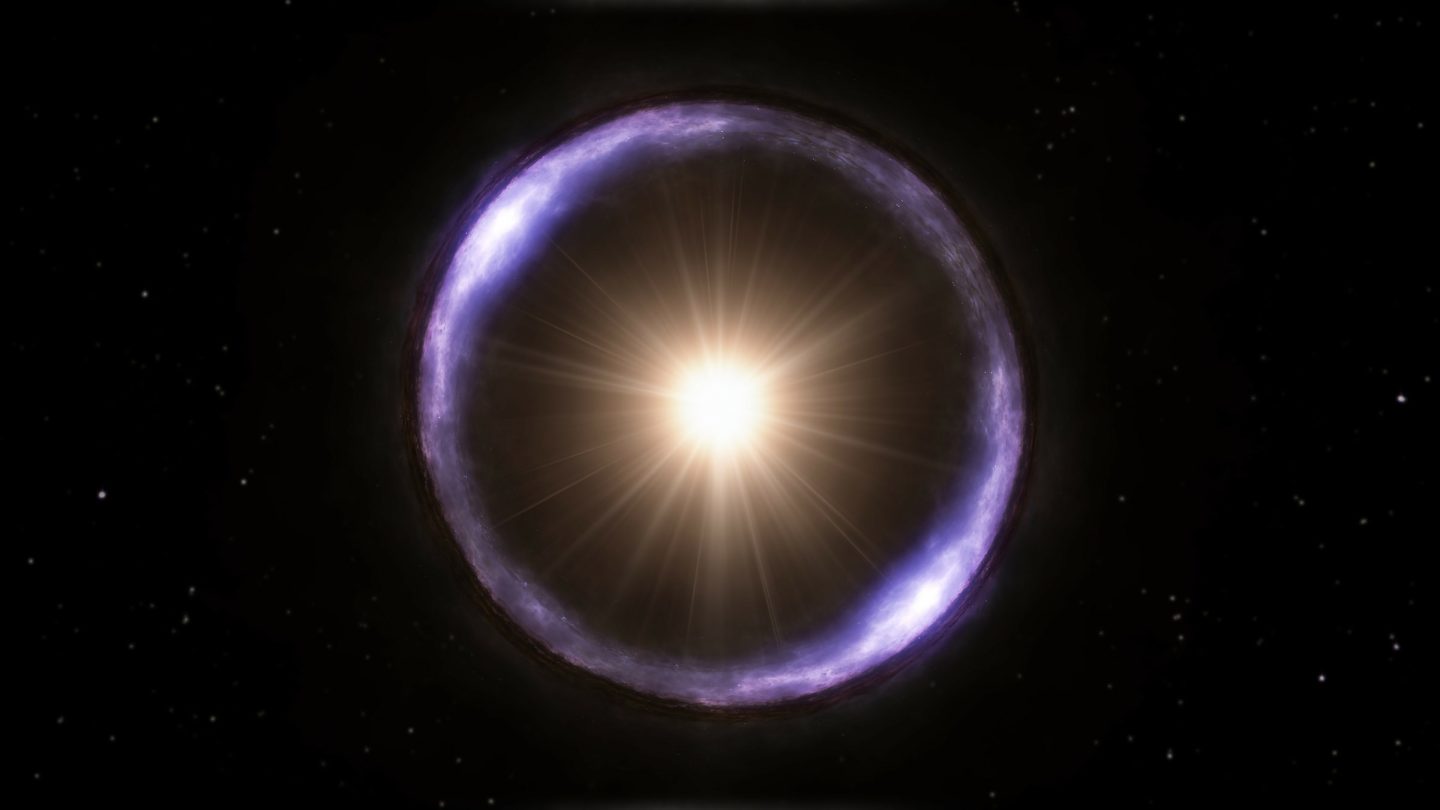 NASA released the first full-color images of our universe from James Webb in July. Since then, the space telescope has captured evidence of a supernova, carbon dioxide in an exoplanet’s atmosphere, and now James Webb has captured an image of a beautiful Einstein Ring.

The image was created using data captured by James Webb’s MIRI detector. It was also observed using the telescope’s NIRCam detector. The image was colorized by Redditor u/Spaceguy44, who previously colorized another James Webb image. The image of the Einstein Ring is notable because this kind of occurrence doesn’t happen every day.

An Einstein Ring is essentially when light from a galaxy or star passes another galaxy or a massive object en route to Earth. Because the large object’s gravity bends the light, it creates gravitational lensing. This creates a ring-life effect, making the galaxy’s light appear as a nearly perfect ring. In this new image, James Webb has captured the galaxy SPT-S J041839-4751.8.

Still, the image itself is breathtaking. Spaceguy44 created the image using data downloaded from the Space Telescope Science Institute archives. The Einstein Ring that James Webb captured is roughly 12 billion light-years from Earth. To colorize the image, Spaceguy44 says they used a set of filters, which they also published in their original Reddit post.

James Webb continues to be one of the most powerful observational instruments that humankind has ever created. With it, we can not only look at the early universe but also detect carbon dioxide on distant planets. With tools like this, the next era of space exploration has a chance to unravel some of the universe’s greatest mysteries.