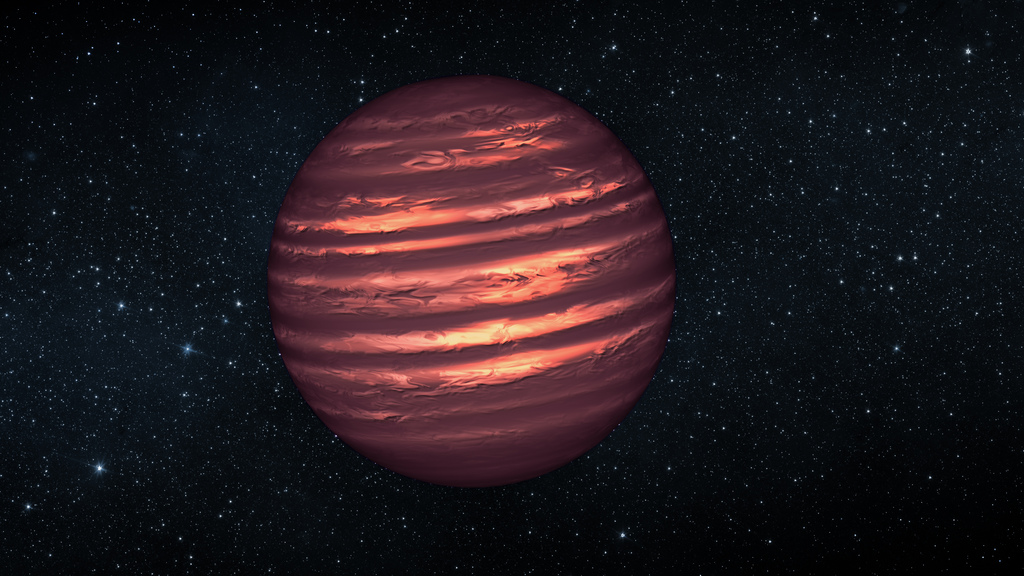 Even if you have only cursory knowledge of the planets in our Solar System, you know that Earth is on the smaller end of the spectrum in terms of mass. Mercury and Mars are even smaller, but Saturn and the mighty Jupiter, of course, are on the other end of the spectrum. But in the grand scheme of things, Jupiter isn’t actually all that mighty at all, and a new discovery of an absolutely massive planet residing in our galaxy’s “bulge” has scientists struggling to explain how it can even be a planet at all.

The new planet, which was discovered using NASA’s Spitzer Space Telescope, is named OGLE-2016-BLG-1190Lb, but what it lacks in a flashy name it more than makes up for in sheer size. The planet is estimated to be over 13 times the mass of Jupiter, which is so huge that astronomers are considering the possibility that it’s not actually a planet.

Now before you go dreaming of some sort of Star Wars-esque mega space station, you should know that’s not the kind of thing scientists are considering. Rather, the planet’s unusual size might actually mean that it’s a brown dwarf. Brown dwarfs, which are sometimes called “failed stars,” are objects so massive that they generate heat, though only in the range of about 300 to 400 degrees Fahrenheit, and they’re not massive enough to sustain the nuclear fusion that powers main sequence stars.

It’s thought that the cutoff between true planets and brown dwarfs is somewhere between 13 and 14 Jupiter masses, and with a mass of approximately 13.4 Jupiter masses, this new planet is really pushing the envelope.

“Since the existence of the brown dwarf desert is the signature of different formation mechanisms for stars and planets, the extremely close proximity of OGLE-2016-BLG-1190Lb to this desert raises the question of whether it is truly a ‘planet’ (by formation mechanism) and therefore reacts back upon its role tracing the galactic distribution of planets,” the researchers write.

The planet is quite far away, at approximately 22,000 light years, so its not exactly something we can go and check, but further observations could help clarify the object’s status, and potentially help redefine how science thinks about low-mass stars, brown dwarfs, and oversized exoplanets.