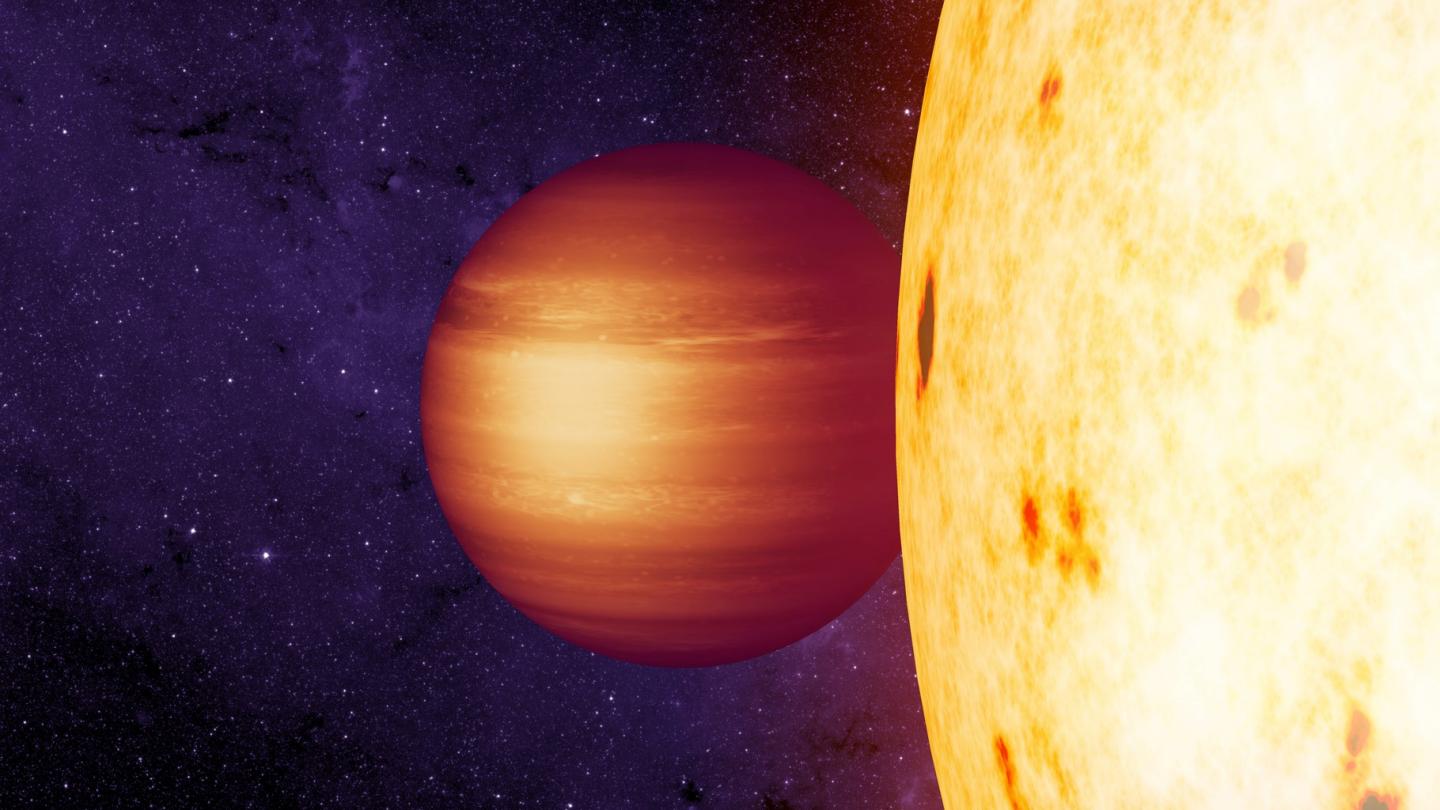 Studying distant planets has helped scientists better explain how the universe ticks, but sometimes a discovery produces more questions than it answers. Such is the case with a far-off star called CoRoT-2 and the gigantic gaseous planet that closely orbits it. The planet, called CoRoT-2b, is considered a “hot Jupiter” because it’s a gas giant that has a very close relationship with its host star. We’ve seen hot Jupiter exoplanets before, so that’s not particularly interesting, but after astronomers took a closer look at the planet they’ve discovered something truly bizarre: CoRoT-2b is hot in all the wrong places.

When a planet is tidally locked, as CoRoT-2b is, it shows one face to its star at all times. CoRoT-2b has a permanent light and dark side thanks to its tidal lock, and when that happens scientists expect that the hottest spot on the planet is the point that is always closest to its star, or in some cases a bit to the east thanks to strong winds. With CoRoT-2b, that simply isn’t the case and the hot spot isn’t in the center or the east, but rather to the west.

The study, which was published in the journal Nature Astronomy, attempts to explain the puzzling discovery, while also addressing some of the other bizarre features of the planet including its unexpected light emissions. So far, they have a few theories but little else.

“We’ve previously studied nine other hot Jupiter, giant planets orbiting super close to their star. In every case, they have had winds blowing to the east, as theory would predict,” co-author Nicolas Cowan explains. “But now, nature has thrown us a curveball. On this planet, the wind blows the wrong way. Since it’s often the exceptions that prove the rule, we are hoping that studying this planet will help us understand what makes hot Jupiters tick.”

One of the possible explanations is that CoRoT-2b isn’t tidally locked at all, but is actually rotating very slowly and causing westward winds. That would explain the movement of the hot spot but would leave scientists to answer how a planet in such close orbit avoided a tidal lock. Another possibility is that the planet has a unique atmosphere that is toying with its own magnetic field and causing unexpected wind patterns.

The upcoming launch of the James Webb Space Telescope will afford scientists the opportunity to study the planet in closer detail and perhaps figure out why it’s such a weirdo.