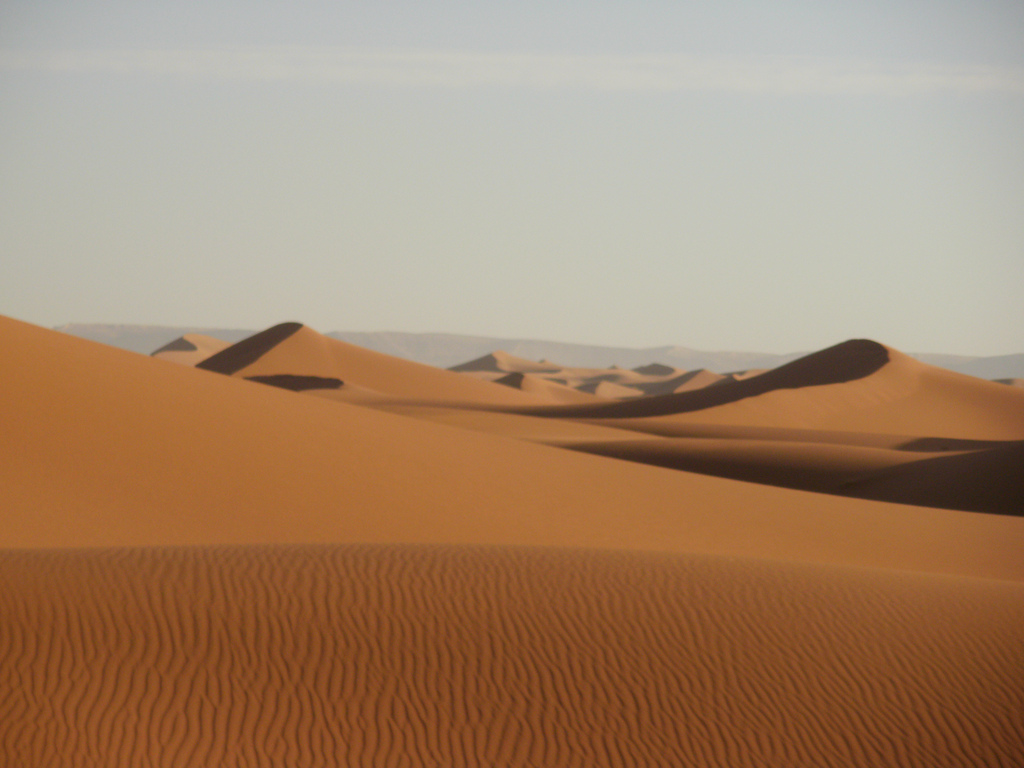 Today the Sahara desert is a dry, dusty, sandy land that stretches for millions of miles, but it wasn’t always this way. Go back at little as 8,000 years and you’ll find it was actually quite wet, supporting countless organisms and hosting our human ancestors.

The relationship between early cattle farmers in the region and the Sahara ecosystem’s eventual collapse and transition into a desert has long been a topic of debate, but a new study suggests that it wasn’t humans who ushered in the death of the “Green Sahara,” and they may have actually delayed the inevitable for hundreds of years.

The practice of early cattle farming, called “pastoralism,” has been blamed by some for the loss of vegetation and the shift from a green Sahara region to a dry desert. A team of scientists from University College London and King’s College London seek to dispel that notion with new climate models that show that the Sahara was destined to be a bone-dry desert regardless of human interaction.

Additionally, the “Green Sahara” actually persisted for longer than it should have based on the climate, suggesting that the work the early farmers did to cultivate and manage the vegetation that was already there actually gave the ecosystem additional stability.

“The possibility that humans could have had a stabilizing influence on the environment has significant implications,” Dr. Chris Brierley of University College London and lead author of the work, said in a statement. “We contest the common narrative that past human-environment interactions must always be one of over-exploitation and degradation. The fact that societies practising ‘pastoralism’ persisted in this region for so long and invested both economically and ideologically in the local landscape, does not support the scenario of over-exploitation.”

The eventual collapse of the “Green Sahara” was caused by a dramatic decline in moisture over many years. Regular monsoons which blanketed the area in water eventually stopped, with less rain and thereby less vegetation to serve as the foundation for the rest of the ecosystem. Humans in the area would have done whatever they could to keep things going smoothly, but the long draughts would have been simply too much to overcome.