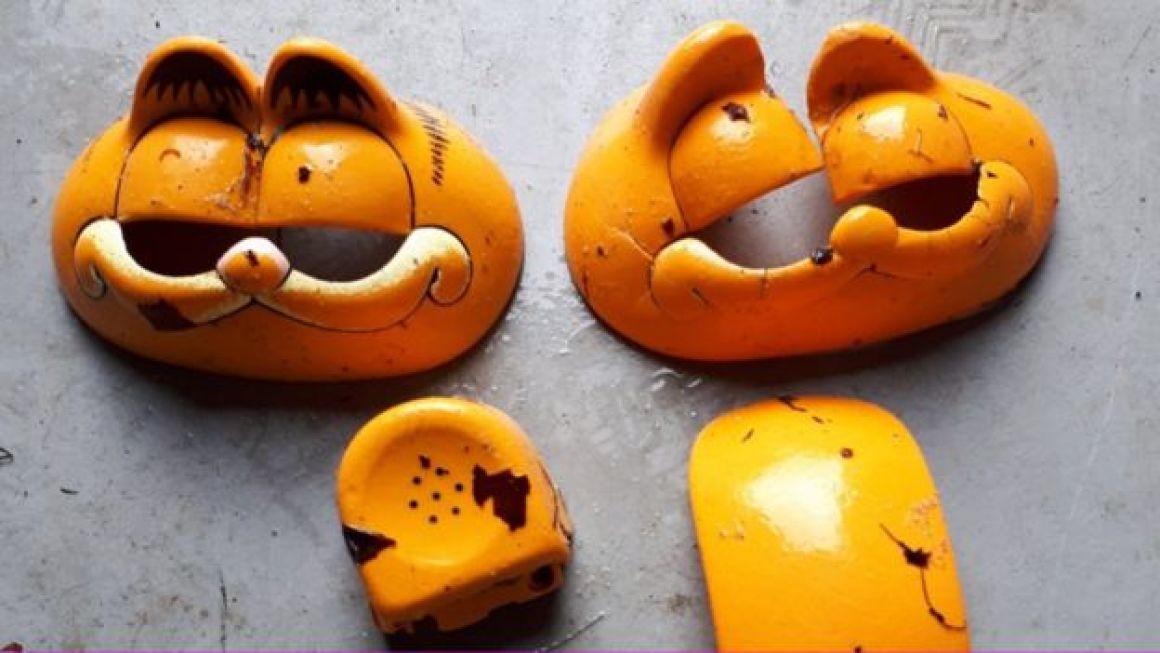 It’s been over three decades since beachgoers in France began finding bright orange Garfield-themed phones on their shores. The phones, often disintegrating and obviously no longer functional, just wouldn’t stop washing up, and while beach cleaners believed they originated in a lost shipping container they had no way of knowing where that box might be.

Now, a man who spotted the container decades ago has helped environmentalists locate the source, and a whole bunch of old orange phones that came along with it. However, getting to the lost container was quite a challenge, and a few questions about its origins remain.

As the Associated Press reports, a beach cleaning group known as Ar Viltansou has become quite familiar with the landline phones over the years. The phones are modeled after Garfield, with part of the cat’s body breaking away to reveal a 12-digit keypad on the receiver. Complete with black and orange wiring, the phones were a novelty item at one point, but now they’re an environmental nuisance.

“Our association has existed for 18 years and in that time we have found pieces of Garfield telephones almost each time we clean,” Claire Simonin of Ar Viltansou explained. Then, a man who spotted the container way back in the 1980s came forward to give them directions to finding it.

The shipping container, which can only be spotted when the tide is out, was tucked inside a cave hidden by the waves. When the crew investigated the area they noticed the deteriorating container and nearly two dozen more Garfield phones.

This puts an end to the question of where the phones are coming from and why they’re ending up on the beach, but there’s still some more investigative work to be done.

Nobody has any idea where the phones were originally shipped from, when the container itself was lost at sea, or where it was supposed to end up in the first place. It’s even possible there is more than one lost container in the area, and the one discovered in the watery cave might just be the tip of the iceberg.