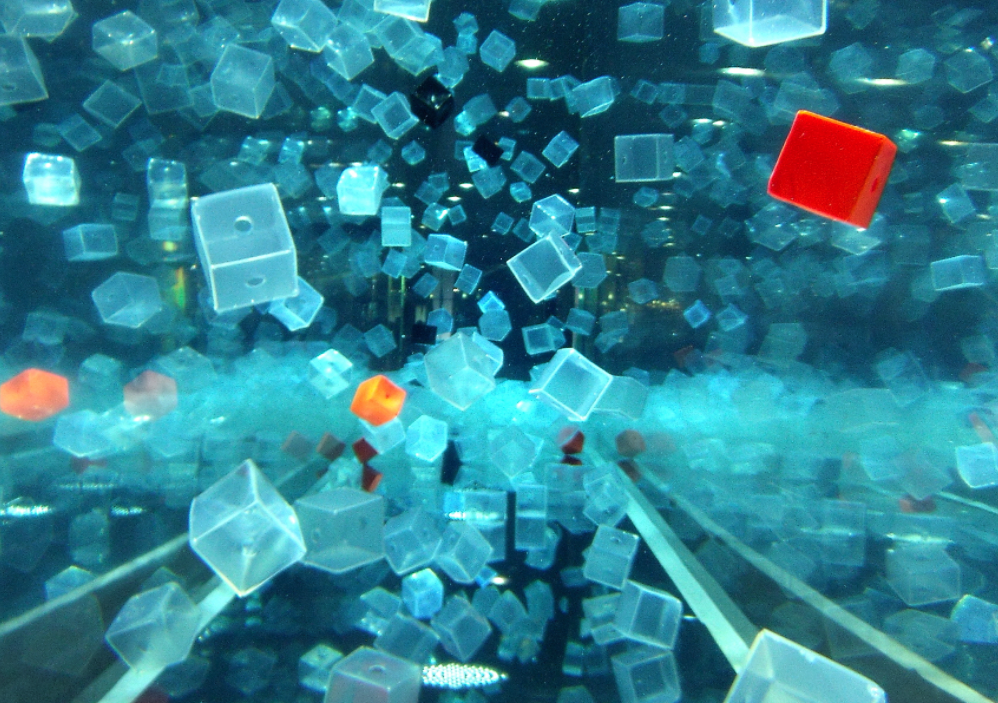 We live in a three-dimensional reality. Because of that, it’s pretty hard to imagine what a four-dimensional reality might be like, but that isn’t stopping physicists from trying to figure it out. A pair of new research papers were just published in the journal Nature that explore the possibilities of a fourth dimension and, as difficult as any of this may be to comprehend, it seems the scientists are on to something.

The papers, which focused on two very different experimental approaches to detecting a fourth dimension, arrived as similar conclusions. But before we dive in to what the experiments attempted to prove, you have to have at least a vague understanding of what the research team was looking for. Buckle up, this is going to get weird.

Imagine a transparent cube, like the kind you used to scribble in your math notebook when you were bored in high school. Any one line of that cube exists in a single dimension. You can go back and forth, and that’s it. Once it reaches a corner and connects to a second line, that’s the second dimension. Now you can go back and forth and up and down, which is exponentially more freedom than you had previously. When that line reaches another corner that exists perpendicular to it — giving the object what we think of as depth — now you’re playing with three spatial dimensions.

Our world exists in three spatial dimensions (as well as the dimension of time, but that’s not something you can see). What these newest studies are looking for is the effects of a fourth spatial dimension that can be detected within our three-dimensional world. We’d have no idea what it looks like or what kind of a reality a fourth dimension would offer, but if it does exist in the hidden background of our three-dimensional existence, science might be able to prove it’s there.

In one of the experiments, scientists studied the behavior of light particles moving through specially made glass that bounces light back and forth between its edges. By simulating the effects of an electrical charge via physical input, the team observed how the light behaved, watching for irregularities that could only be made possible if a fourth dimension was working behind the scenes.

The other experiment used supercooled atoms held in place on a grid made of lasers. Scientists call this setup a “charge pump,” and they use it test the flow of an electrical charge while monitoring how the atoms respond.

Both of the experiments yielded results that suggest that a fourth dimension really is all around us, even if we can’t see it. Science isn’t any closer to tapping into this hidden dimension, but know that it’s there is an important towards painting a more complete picture of physics, and you can bet these won’t be the last experiments that toy with the idea.