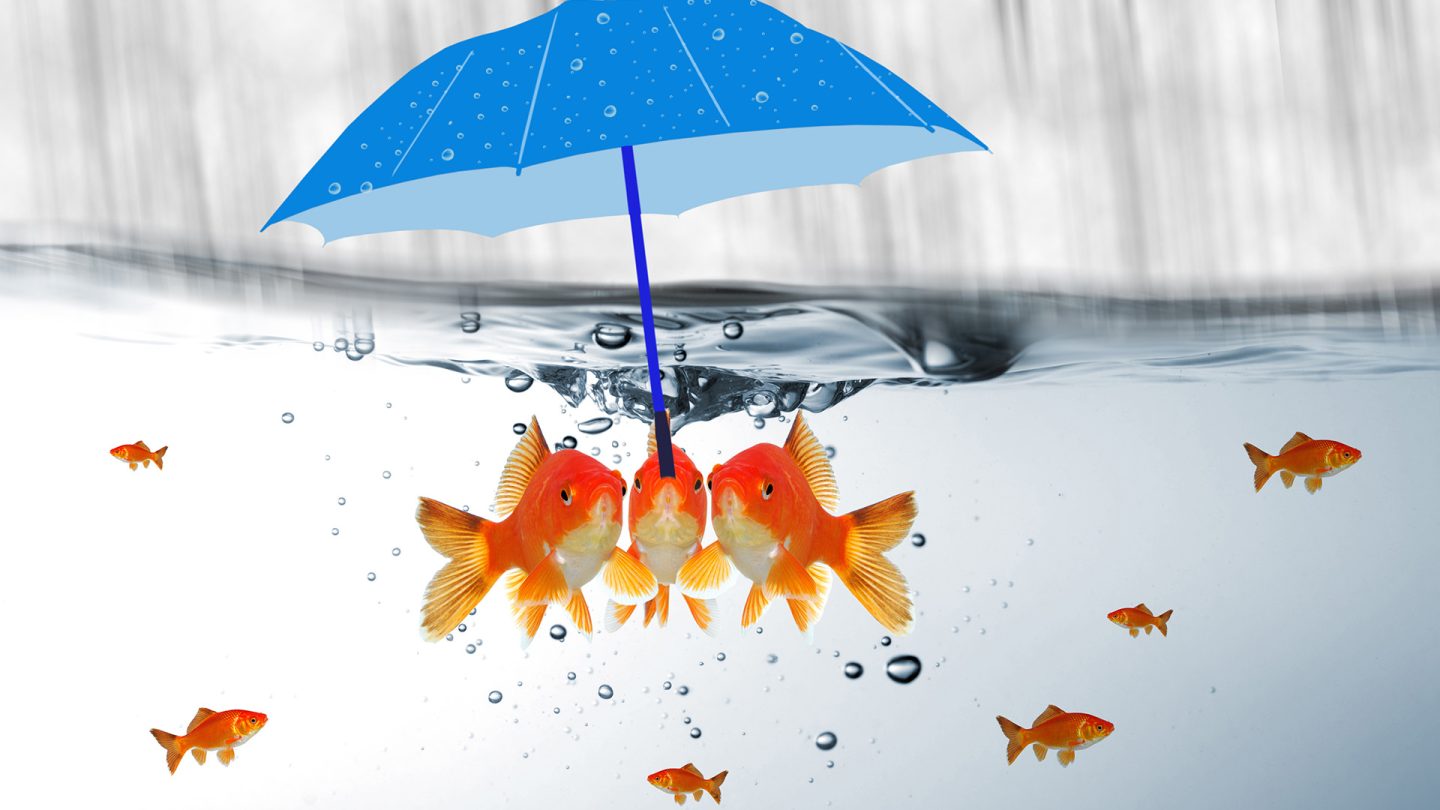 You’ve probably heard the phrase “it’s raining cats and dogs”, but have you ever heard “it’s raining fish”? At the end of December, residents in one East Texas town found fish falling from the sky. This is just one of the most recent occurrences of a bizarre phenomenon that scientists call animal rain.

If you looked up into the sky at the right time in Texarkana, Texas on Wednesday, December 29, you might have noticed some tiny fish hurtling toward your head. The weather occurrence is known as “animal rain”. While it’s exciting, experts on the matter say it isn’t the end of the world. Instead, it’s just a rare weather occurrence where the fish are light enough, and the weather is just right.

According to the city’s Facebook post about the incident, a waterspout is the most likely cause of the bizarre animal rain. These tornado-like wind conditions start in the sky. They can then pick up things from the water as they gain momentum. When the vortex at the center of the spout dies down, the things it picked up come falling back to the sky. This can also happen with other animals, too, like frogs or bats. In fact, the Library of Congress notes that some scientists even believe powerful updrafts can cause animals to be picked up and then rained down later.

The idea of animal rain isn’t a particularly new one, however, it is rare. A French physicist was one of the first to seriously look into accounts of animal rain. In the late 1700s or early 1800s, André-Marie Ampère addressed the Society of Natural Science. At the time, Ampère suggested that violent winds could pick up frogs and toads and move them around.

Other accounts of animal rain can be found throughout history, too. There are reports of fish raining from the sky in Singapore, back in 1861, as well as a more recent occurrence in Jaffna, Sri Lanka in November of 2017. Other types of animal rain that reports have mentioned include spiders in Australia, and even jellyfish in Bath, England in 1894.

Animal rain is an intriguing occurrence because there are so many theories behind how it occurs. Some scientists believe tornadoes or waterspouts are the cause of animal rain. Others feel that strong winds could pick up some animals and move them long distances. Even still, some believe that severe floods could be responsible for what many believe to be animal rain. This theory says the fish don’t actually rain. Instead, people find them on the ground as a result of powerful floodwaters moving them around.