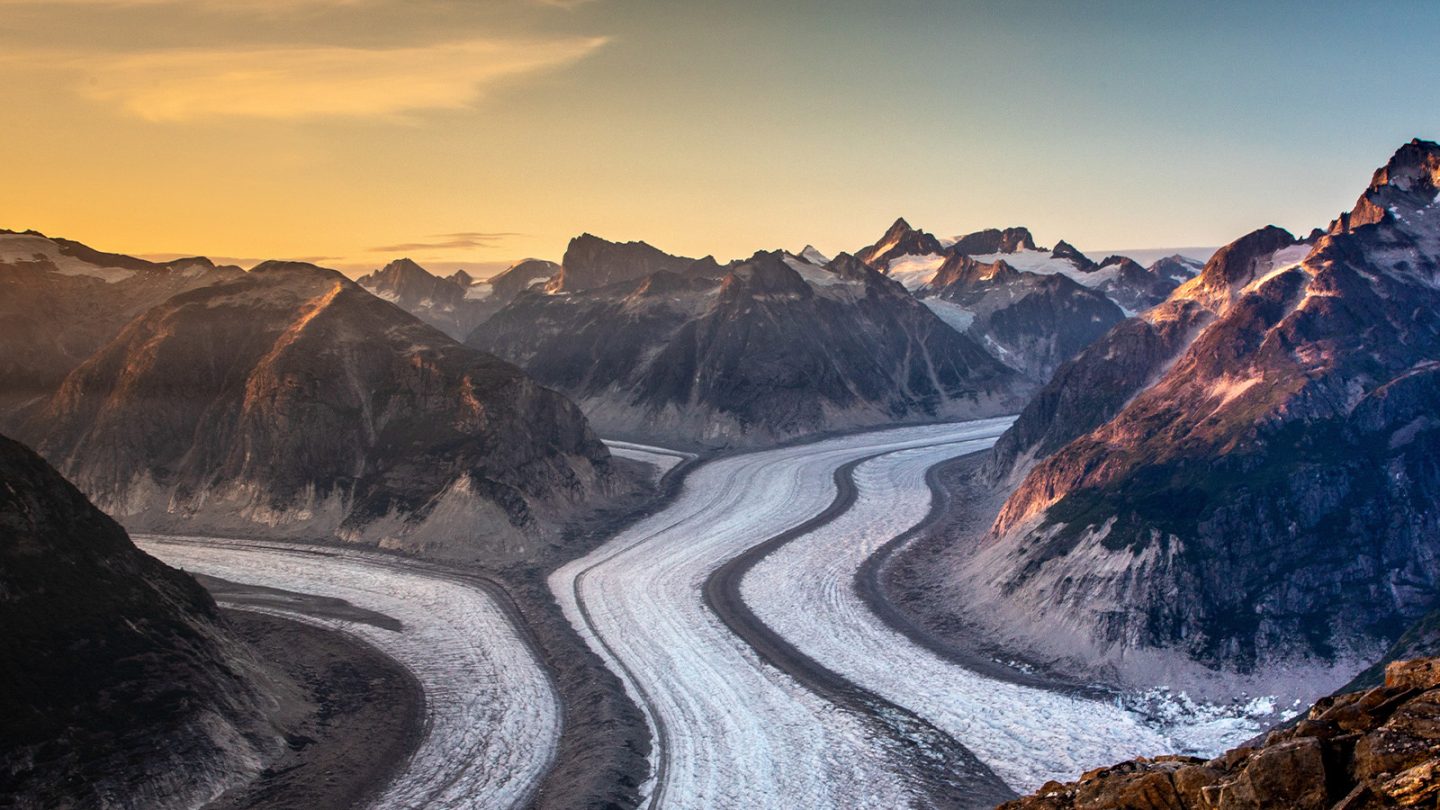 Nature can be unpredictable at times, but some things are more reliable than others. Spring (usually) brings a lot of rain, birds migrate to warmer areas in the winter months, and glaciers move slow. These are trends that have been established and are expected, but they’re not always universally true. Sometimes spring is dry, sometimes migratory birds like geese decide to stick it out in a cold area for an entire winter, and sometimes glaciers move really, really fast.

As Earther reports, the National Park Service recently confirmed that a glacier near Denali National Park and Preserve in Alaska is moving up to 100 times faster than it would be expected to, and the rare event has caught the attention of scientists. It’s not an entirely new observation, but it’s incredibly rare to see a massive chunk of ice move at these speeds, and there are only a few places on Earth where it happens.

Glaciers are almost always moving. They travel over the ground beneath them at an extremely slow pace and you wouldn’t even know they were moving if you were standing on one. Over time, the masses of ice can carve and shape the landscape below, but it takes a very long time for this to happen. However, some glaciers abandon this, well, “glacial pace” in favor of a brief speed boost that still has scientists scratching their heads a bit.

This phenomenon is called a glacial surge, and it’s unique not just for its rarity but also the fact that it tends to only happen in certain areas, and Alaska happens to be one of them. They happen briefly and then stop, returning the glaciers to their normal slow crawl. A glacial surge requires an increase in speed of around ten times the normal glacial movement rate. In the case of the glacier currently cruising in Alaska, the speed is in the 50x to 100x range.

Even when a glacier is moving this fast it’s not exactly breaking any speed records. Remember, we’re talking about frozen slabs that move as slow as less than two feet in an entire year. The glacier currently moving fast in Alaska — called the Muldrow Glacier — has experienced a number of surges in the past, with the most recent one occurring roughly 64 years ago. During that brief boost, the glacier pushed forward 4 miles in less than a year.

It’s a very interesting phenomenon and one that researchers still don’t fully understand. It’s believed that melting glacial ice may play a role in helping to speed these huge slabs up, but determining why these events happen at surprisingly regular intervals is still something that scientists are trying to explain. In any case, if you’re in Alaska, it might be worth taking a trip to see a glacier moving faster than any other in the region if only to say that you saw it.