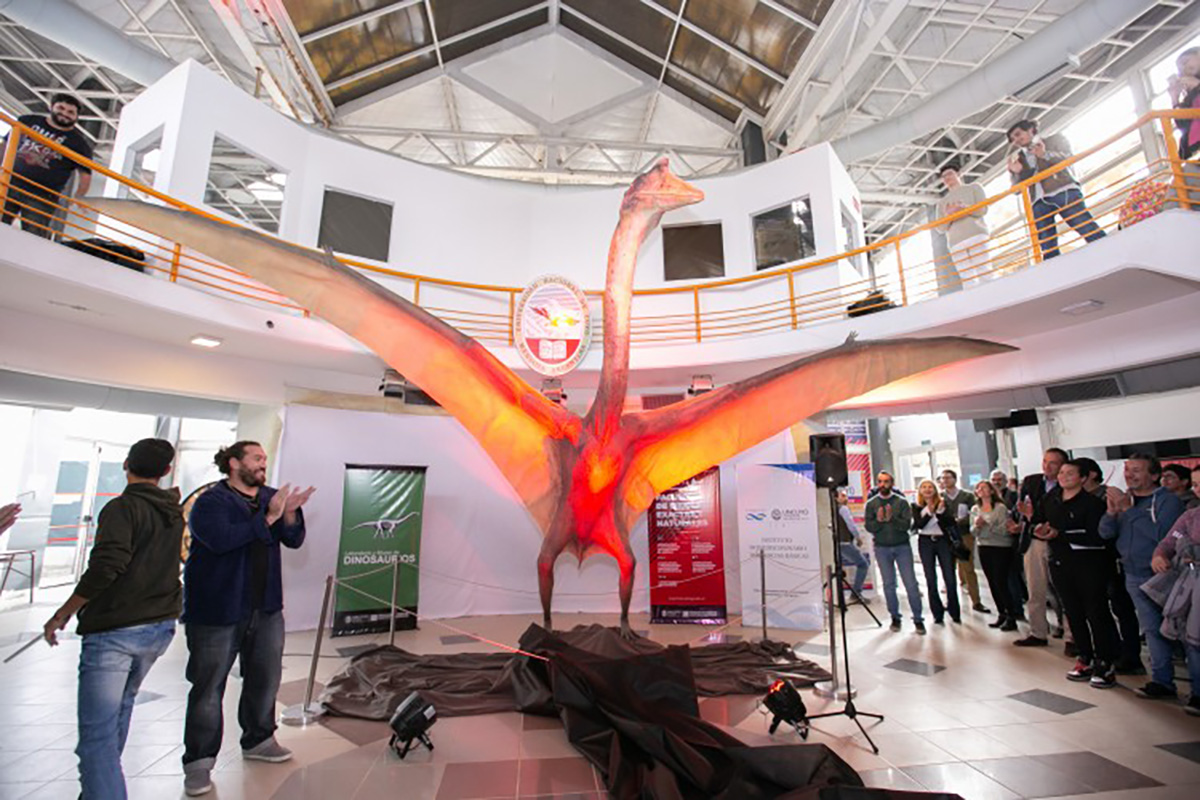 Scientists discovered fossils of a giant flying reptile they’re calling The Dragon of Death. They discovered the fossils during an excavation back in 2021. Professor Leonardo Ortiz, who was part of the expedition, named it Thanatosdrakon amaru. The name is a combination of the Greek words for death and dragon.

Scientists discovered the fossil of a massive Dragon of Death

The Dragon of Death, as the creature is being called by most, was massive. Scientists believe it lived around 86 million years ago. The creature was a predator, and its wings measured nine meters (30 feet) when fully extended.

The creature is indeed massive. Ortiz told BBC that it had a height similar to a giraffe, making it rather tall. Ortiz also described the wingspan as defying the “limits of our biological understanding.” The creature would have lived around the same time as some of the dinosaurs. Thus making it one of the oldest birds of prey that we’ve discovered so far.

The remains of the Dragon of Death were found preserved in the rocks of the Andes Mountains. Scientists also believe that the Thanatosdrakon amaru may have been one of the first predators to use its wings to hunt prey. Despite those massive wings, though Ortiz also notes that the creature would have spent a good deal of its time on the ground, too.

There be dragons here

It’s crazy to think that there might have actually been dragon-like creatures that roamed the Earth. Even when you think about how different times were with the dinosaurs. While they believe the Thanatosdrakon amaru found in 2012 was around 86 million years old, scientist found an even older pterosaur back in 2017.

That particular Dragon of Death, scientists believe dates back 170 million years to the Jurassic period. Those fossils were discovered on the Scottish island of Skye. It had an estimated wingspan of 2.5 meters (8 feet). Not quite as large as the one that Ortiz and his expedition found, but still impressive, nonetheless.

Of course, the creature isn’t a dragon as you might expect based on fantasy stories. However, it is one of the first indications we’ve found of such massive creatures such as this living on Earth. Overall, scientists say that the Thanatosdrakon amaru could have been the same size as a bus. Just imaging something like that flying through the air is a terrifying thought.

Scientists continue to unravel the past through the discovery of new fossils every year. In fact, they previously found a fossilized dinosaur egg, which could tell us even more about those ancient creatures. A paper on the new discovery was published in Cretaceous Research in early 2022.