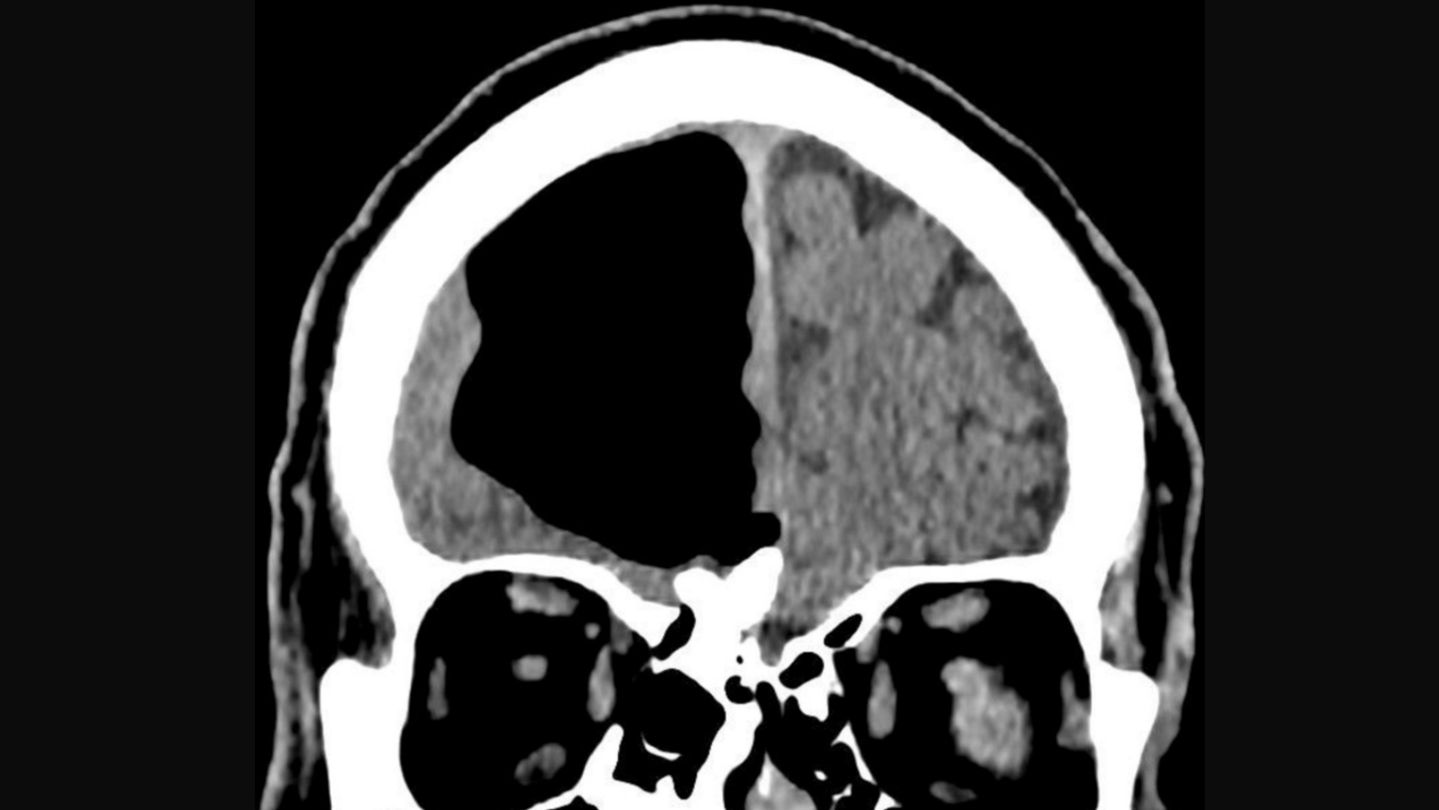 When an elderly patient shows up at the doctor complaining of balance issues and weakness it’s often attributed to the realities of an aging human body, but things went much differently for one 84-year-old man in Northern Ireland. The unnamed patient told medical staff that he had experienced several falls over a number of months, and was forced to seek treatment after his left leg and arm began to feel weak. The man, who had no prior history of any head or brain trauma, underwent a CT scan and doctors were blown away by what they found… or rather, what they didn’t find.

The patient’s scan revealed a massive gap in his brain cavity that was filled with air. The condition, known as pneumocephalus, is rare, and it can have several potential causes. Pneumocephalus can result from previous brain surgery, tumors of the brain, as well as from head trauma, but none of those seemed to match this particular case. In a new paper published in BMJ Case Reports, doctors eventually discovered the strange condition that caused it.

Aside from the stated symptoms the man was otherwise in good health. He experience no confusion and his cognitive faculties were in check. It was clear that the air in the skull was causing the problem, but medical personnel couldn’t figure out where it was coming from, at least at first.

After additional testing and an MRI, doctors discovered that the large air pocket formed gradually over time and is a side effect of a benign bone tumor called an osteoma which formed in his sinus cavity. It created a sort of “one-way valve” into the man’s brain cavity and when enough pressure built up in his sinus, such as during coughing or sneezing, a small amount of air would be pushed into the upper part of his skull. Over time, the air built up and formed a large open gap, pushing on his brain and causing his chronic symptoms.

The spontaneous weakness the patient experienced is thought to have been the result of a small stroke, also caused by the pressure on his brain. However, due to the man’s age, he made the decision not to have surgery for the condition. He underwent treatment for stroke prevention to curb the risk of a follow-up stroke, and his weakness eventually went away, the report notes.