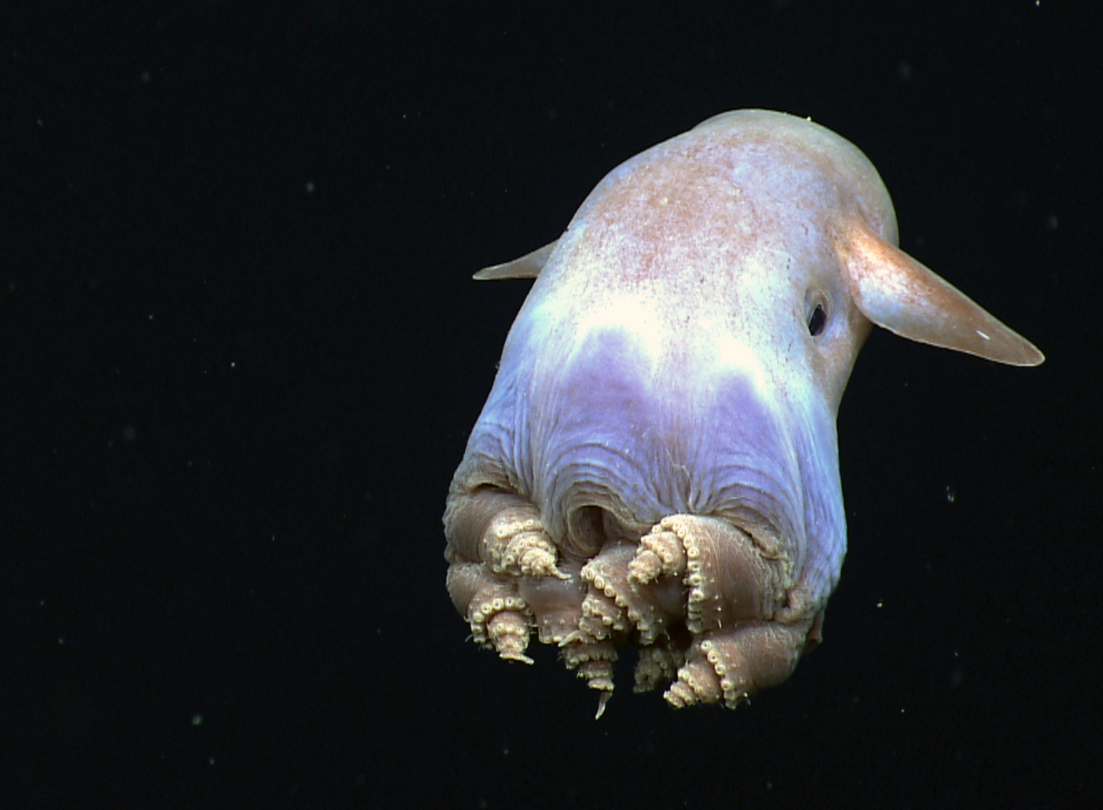 Earth’s oceans are filled with creatures that range from deadly and dangerous to cute and curious. Some are familiar, while others are downright bizarre. The dumbo octopus, a strange, pod-like cephalopod that glides through the water with a pair of fluttery wings, is a rare treat for researchers because it makes its home far deeper than any diver could venture. The creatures prefer depths of 10,000 feet or more, and have even been found over 20,000 feet below sea level. Now, over a decade after its hatching, researchers are revealing what a baby dumbo octopus looks like moments after it enters the world and it’s downright adorable.

The video, which was shot in 2005 on board a research vessel, was just released as part of a newly-published study which focuses on how the species lives. It shows a newly-hatched dumbo octopus wriggling in a shallow dish where it hatched just moments earlier, much to the surprise and delight of the scientists who gathered it.

While using a remote-operated vehicle to study a coral site deep in the Atlantic, scientists spotted what they described as “tan-colored golf balls” attached to branches of the coral. Not knowing what they were looking at, they decided to collect some of them and take a closer look. When brought to the surface, the team realized they must be eggs.

“With each successive collection, it became apparent that this was some sort of an egg case,” Tim Shank, co-author of the paper, explains. “The first few were open and empty, the next two contained a white gelatinous mass within, and the final collection yielded the specimen described in the paper.”

After placing the curious spheres in dishes for further examination, one of them cracked open and the tiny octopus emerged. The egg’s former resident, a baby dumbo octopus, was initially quite still, which the researchers attribute to the stress of the collection process. However, it soon began to swim around, giving scientists their very first glimpse of what the species looks like as a juvenile.

As you can see in the video above, the creature is very small. While it might look like it’s swimming head-first into the side of the dish, the dome-like end of the creature is actually its posterior, and its eyes and tentacles which mark the “front” of the octopus are situated below its ear-like fins.