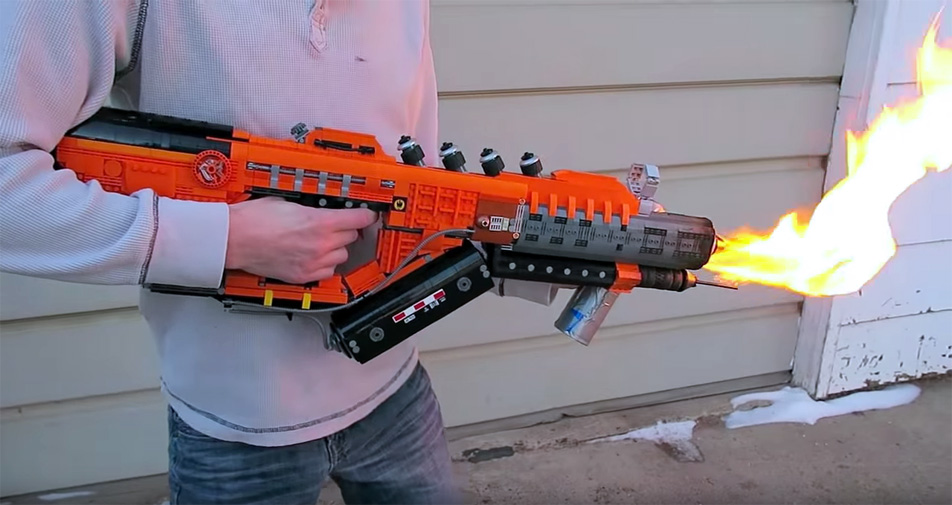 Behold: The ultimate at-home DIY project that you absolutely, positively should not try at home.

YouTube user ZaziNombies really enjoys playing Call of Duty: Black Ops 3. He also really enjoys playing with Legos. Of course, the next logical step is to combine the two by recreating one of Black Ops 3’s coolest weapons out of Legos. But just assembling something similar wasn’t enough of a challenge, so the YouTuber dug through all sorts of different Lego kits to find the perfect pieces, and he built an amazingly accurate replica of the video game’s Purifier flamethrower.

“With realistic fire-spewing action, we build the Purifier flamethrower from Black Ops 3!” the YouTube user wrote under his video. “The specialist weapon of the “Firebreak”, one of Call of Duty’s hottest weapons yet, and here is the gun’s blocky, real life replica!”

Was it worth all that time and effort? Our vote is a resounding yes, but you can be the judge. Here’s the video of his creation in action: