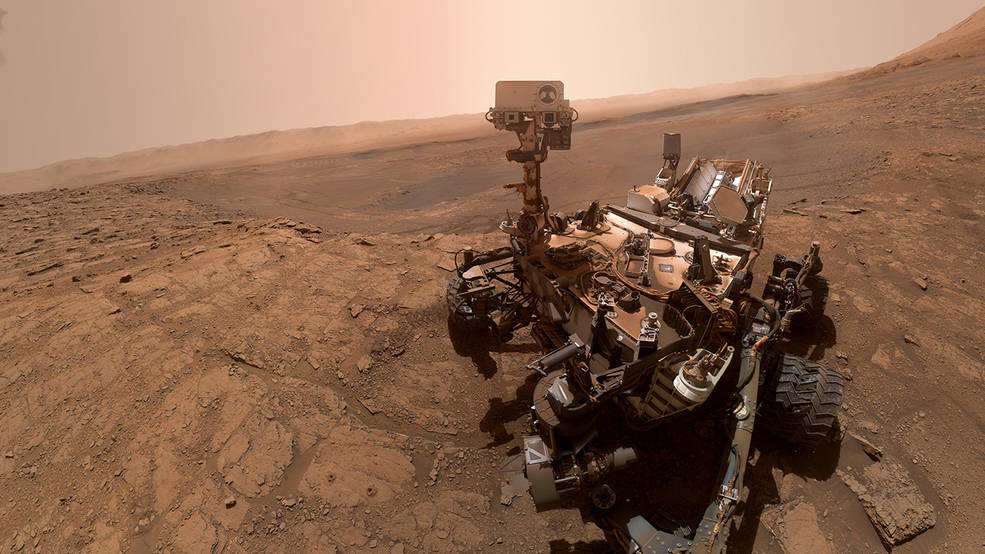 NASA scientists working with the Curiosity rover have had plenty to be excited about over the years, with discoveries coming regularly, revealing tantalizing details about the Red Planet and its history. Recently, a  “special chemistry experiment’ was conducted by the robot for only the second time in its history, and the completion of that experiment was celebrated with a brand new rover selfie.

The photo, which NASA posted on its website, was snapped on October 11th, and while we see it as a single image, it’s actually the result of 57 individual photos that weres stitched together after the fact.

NASA’s Curiosity rover has been hanging around on Mars for over seven years now, and it’s been working hard to shed light on as many of the planet’s secrets as possible. It’s spent the entirety of its life on Mars exploring a massive impact site known as the Gale crater.

One of the most interesting features within the crater is a towering mountainous region known as Mount Sharp. The rover has been climbing Mount Sharp for some time now, reaching an area known as the clay-bearing unit. As the name suggests, it’s an area with exposed clay-based rocks, and since clay is so good at revealing chemical history, the rover had an opportunity to perform a “wet chemistry” experiment using special cups designed specifically for that purpose.

“We’ve been eager to find an area that would be compelling enough to do wet chemistry,” Paul Mahaffy of NASA’s Goddard Space Flight Center said in a statement. “Now that we’re in the clay-bearing unit, we’ve finally got it.”

The experiments take a long time to complete, and researchers back on Earth won’t know the results until sometime in 2020. Nevertheless, it was an occasion fit for a selfie.