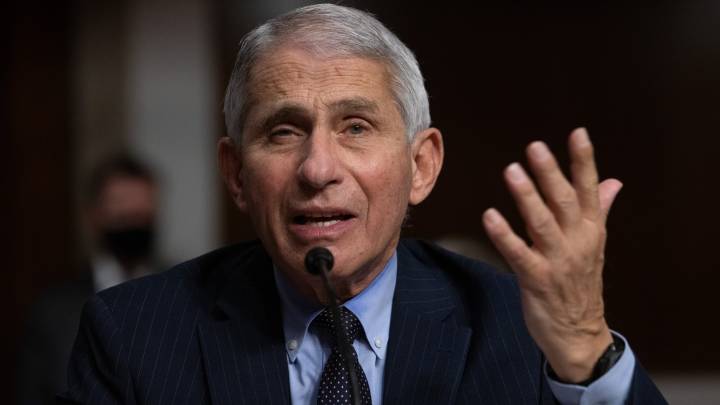 In an interview with Dr. Anthony Fauci published around this time last year by National Geographic, the longtime director of the National Institute of Allergy and Infectious Diseases strongly pushed back against the notion that the virus at the heart of the COVID-19 pandemic — which as of the time of this writing has killed around 590,000 Americans — was in all likelihood a naturally occurring virus. That it wasn’t concocted in a lab, in other words, as some conspiracy theory adherents had started to suspect, nor was it the result of an accident of some kind originating inside China’s Wuhan Institute of Virology (the so-called “lab leak” theory). “If you look at the evolution of the virus in bats, what’s out there now is very, very strongly leaning toward this (virus) could not have been artificially or deliberately manipulated — the way the mutations have naturally evolved,” Dr. Fauci told NatGeo. “A number of very qualified evolutionary biologists have said that everything about the stepwise evolution over time strongly indicates that it evolved in nature and then jumped species.”

Exactly 12 months later, however, Dr. Fauci is now the chief medical advisor for the Biden White House, and he now appears prepared to do a 180 on the origin of the coronavirus pandemic. By way of sharing something of a coronavirus update in recent days during a Poynter event, “United Facts of America: A Festival of Fact-Checking,” he gave the following answer after being asked about all of the different possibilities that could explain the origin of the COVID-19 virus. “There’s a lot of cloudiness around the origins of COVID-19 still, so I wanted to ask, are you still confident that it developed naturally?” PolitiFact’s Katie Sanders asked him. Needless to say, his answer has left many netizens and social media users aghast, especially since the prevailing response for a year now to anyone who simply wondered whether an accident of some kind could have caused the virus at the heart of the pandemic was treated with the same level of contempt you’d reserve for someone who thinks the earth is flat.

Dr. Fauci’s answer: “No actually,” he said, about 12 minutes into the event (footage of which is available here). “I am not convinced about that. I think we should continue to investigate what went on in China until we find out to the best of our ability exactly what happened.” As he continued, Dr. Fauci added that there have certainly been authoritative experts who’ve investigated and said that COVID-19 likely emerged from an animal reservoir of some kind, “but it could have been something else. And we need to find that out.”

Fauci is now saying he’s not confident the coronavirus emerged naturally and he endorses more investigation into the Wuhan labs. A huge change from what he said for many months. Wow. https://t.co/uDLtl1pXCB

As if that didn’t add a bit of, shall we say, interesting texture to what the conventional wisdom thought it heretofore understood about the coronavirus, The Wall Street Journal on Sunday added yet another wrinkle — that at least three researchers from the virology institute in Wuhan, China, where the pandemic originated reportedly became sick enough that they needed hospital care back in November 2019, suggesting that both our understanding of the timeline for the pandemic as well as the institute’s centrality to it might need to be re-examined.

As you might can imagine, this news is creating shockwaves online. “The newspaper said the report — which provides fresh details on the number of researchers affected, the timing of their illnesses, and their hospital visits — may add weight to calls for a broader probe of whether the COVID-19 virus could have escaped from the laboratory,” Reuters notes about the WSJ findings.

The timing of the WSJ report is also significant, because it comes as the decision-making body of the World Health Organization is poised to announce its next step in a broader investigation into the origins of the coronavirus pandemic. On Sunday, meanwhile, China’s foreign ministry, no surprise, blasted these developments from the US: “The US continues to hype the lab leak theory,” the ministry said when asked for a comment by the WSJ. “Is it actually concerned about tracing the source or trying to divert attention?”

About a week ago, former New York Times science writer Donald McNeil Jr. — who until his resignation from the paper over an unrelated matter was one of the premier journalists in the US covering the pandemic — wrote a Medium post entitled “How I Learned to Stop Worrying And Love the Lab Leak Theory.”

Back in the early spring of 2020, he explains, “I reported an article for The New York Times on which I put the tentative headline: ‘New Coronavirus Is ‘Clearly Not a Lab Leak,’ Scientists Say.’ It never ran. For two reasons.” The most important of those reasons is that there was a fissure inside the Times itself. McNeil explains that the writers covering national security were hearing from their Trump administration sources (“albeit anonymously and with no hard evidence,” McNeil adds) that the origin of the coronavirus was a lab leak that was being covered up by Chinese authorities. Meanwhile, “we science reporters were hearing from virologists and zoologists — on the record and in great detail — that the odds were overwhelming that it was not a lab leak but an animal spillover.”

McNeil’s whole piece is worth a read. “The Occam’s Razor argument — what’s the likeliest explanation, animal or lab? — keeps shifting in the direction of the latter,” he notes at one point.

“The whole thing may just be a cold case, and stay that way forever. But there are more embers left to sift. The whole world, China included, needs a hard answer, whoever is to blame — so we can prevent this from happening again.”