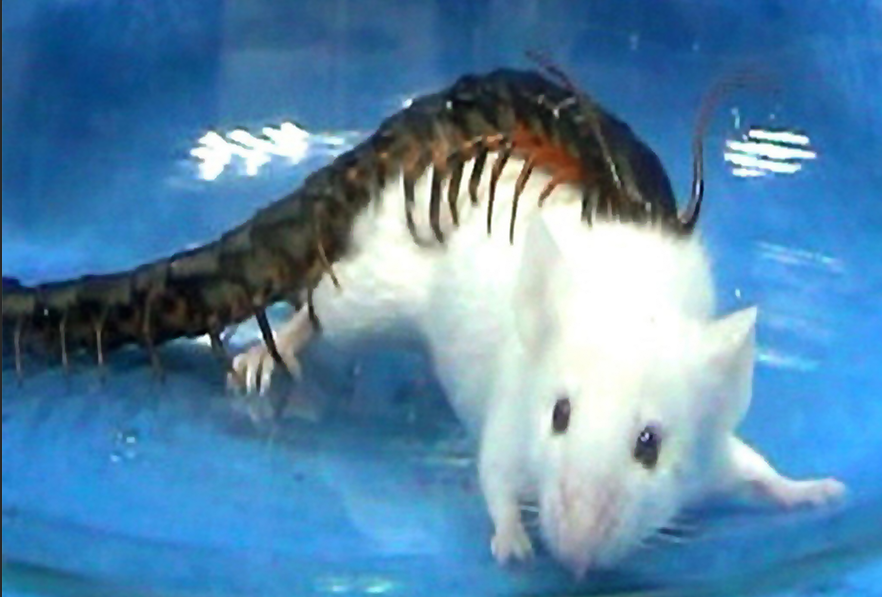 Even if you’re not afraid of most bugs — like ants, flies, or bees, for example — there’s still a good chance you have a fear of centipedes. There’s just something about them and their long chain of legs that is incredibly unsettling. Most centipedes are perfectly harmless, but some can be real terrors. The Chinese red-headed centipede belongs in the latter group, with a venomous bite that can kill creatures 15 times the creature’s size, and scientists are just now beginning to understand how its powerful toxin functions.

The research, which was published in Proceedings of the National Academy of Sciences, was a painstaking effort to isolate the exact chemical that causes the centipede’s venom to be so incredibly lethal. After testing each compound independently they finally discovered what they were looking for, and it’s most definitely bad news if you’re a tiny mammal.

The toxin, which the scientists have nicknamed “SSM Spooky Toxin” — the SSM is an abbreviation of the centipede’s scientific name Scolopendra subspinipes mutilans — is incredibly efficient in the way it puts an animal down. The researchers say that it actively blocks the movement of potassium into and out of the victim’s cells. That action actually inhibits the brain from telling the heart to beat, and the animal’s entire body just shuts down on the spot. A nasty side effect is that it also hampers breathing, but that’s obviously secondary to the lack of a heartbeat.

The good news for humans is that bites from the centipede, while extremely painful, don’t inject enough venom to bring down larger creatures. For a mouse, rat, or other small mammal, however, it’s an incredibly devastating attack. In their testing, the researchers determined that the toxin can put down a mouse inside of 30 seconds.

But as deadly as the creature’s venom is, the study has produced some good news for would-be victims. Now that the toxin’s mechanism of action has been revealed it may be possible to produce an extremely effective anti-venom that will aid in mitigating the effects of a bite, whether it be in an adult, child, or even a family pet.