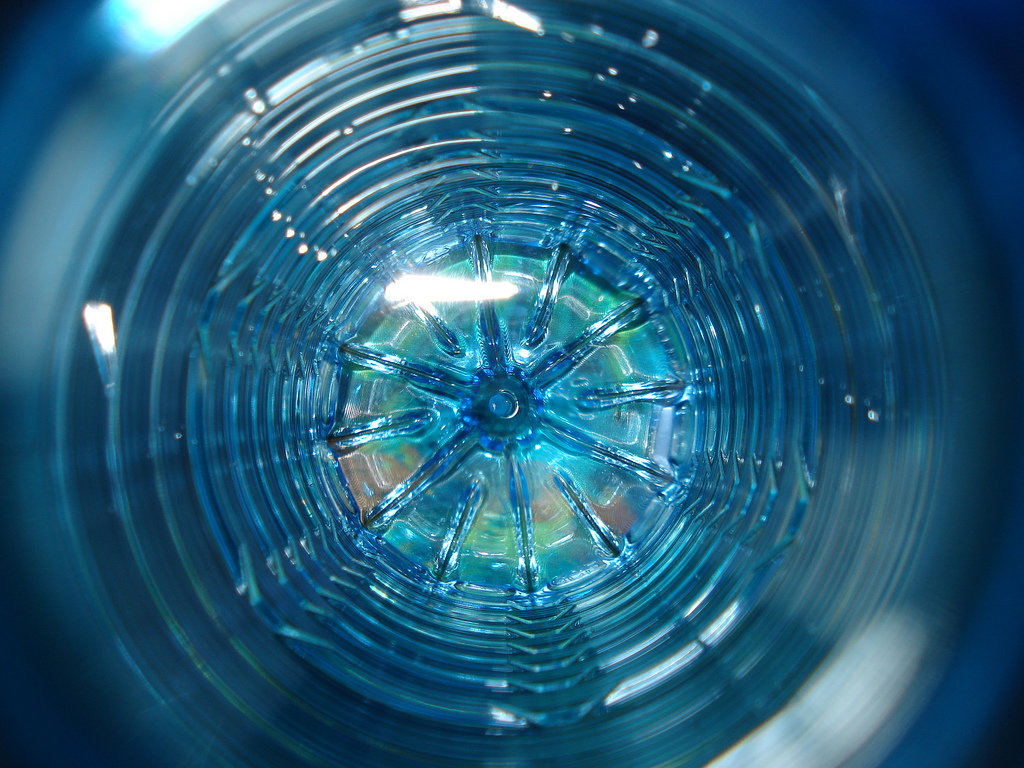 Bottled water rose to popularity several decades ago thanks to a number of factors including its perceived superiority to tap water. It is often marketed as pure, clean, natural water thanks to the idea that it doesn’t have to travel through ancient buried pipes before it lands in your cup. It’s as good as it gets, right? Not so fast. A new study of 11 different bottled water brands from around the globe reveals that the crystal clear water we know and love is actually filled with tiny bits of plastic that often go completely unnoticed.

The study, which was conducted by researchers at the State University of New York at Fredonia, hunted for tiny, almost invisible pieces of plastic left over from the manufacturing process. The team looked at several popular brands, including Aquafina, Nestle Pure Life, Evian, Dasani, and San Pelligerino, and the results are rather interesting.

None of the brands that were tested were completely free of microplastics, and some had microplastic densities as high as 10,000 per liter. That’s a whole lot of itty bitty plastic bits that consumers are swallowing, and the verdict is still out on just how damaging they could be over the long term. Studies have shown that many microplastics pass through our bodies with little issue, but a significant percentage might be sticking around for a good while longer.

“Some particles might lodge in the intestinal wall,” Orb Media, a nonprofit organization which performed the research, explains. “Others might be taken up by intestinal tissue to travel through the body’s lymphatic system. Particles around 110 microns in size (0.11 millimeters) can be taken into the body’s hepatic portal vein, which carries blood from the intestines, gallbladder, pancreas and spleen to the liver.”

The tiny plastic pieces are thought to be leftovers from when the bottles and caps are manufactured. The materials were most often found to be polypropylene and nylon, but polyethylene was also detected in the samples. The incredibly wide range of contamination levels — from zero to over 10,000 per liter — suggests that some manufacturers are simply better at cleaning their products before filling them with drinking water, though none of the brands in the tests have made any public declarations of how they intend to use the findings to better their product.