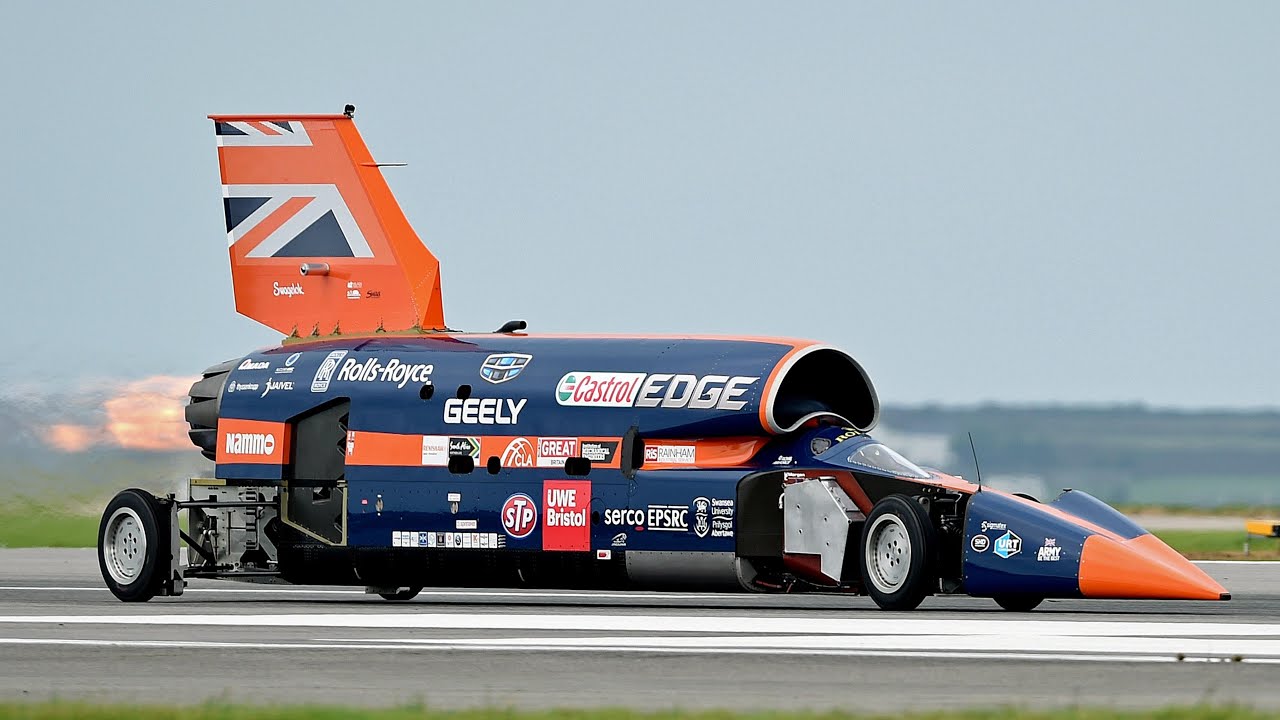 Bloodhound SSC, a British team that’s planning on using a jet engine strapped to wheels to travel at 1,000mph, just hit an important milestone. The team hit 200mph during a first public test run on an airfield in south-west England. Getting a jet-powered car to travel safely at that speed is difficult — just ask Richard Hammond! — and the fact that it went off without a hitch is a testament to how far the project’s come.

The Bloodhound car is powered by a military jet engine, and ultimately should be capable of 1,000mph on a long course. For this test, it accelerated to 210mph in around 9 seconds on a 1.7-mile runway.

“The car and the team are ready to go much, much faster and start chasing supersonic world land speed records,” said Andy Green, a fighter pilot with the Royal Air Force and the car’s driver. “This car is easily capable of being the fastest car on earth.”

Bloodhound SSC uses a EJ200 Rolls-Royce engine, the same one that powers the Royal Air Force’s Eurofighter Typhoon. Additional solid-rocket boosters will be added to get the car to its projected top speed of 1,000mph.