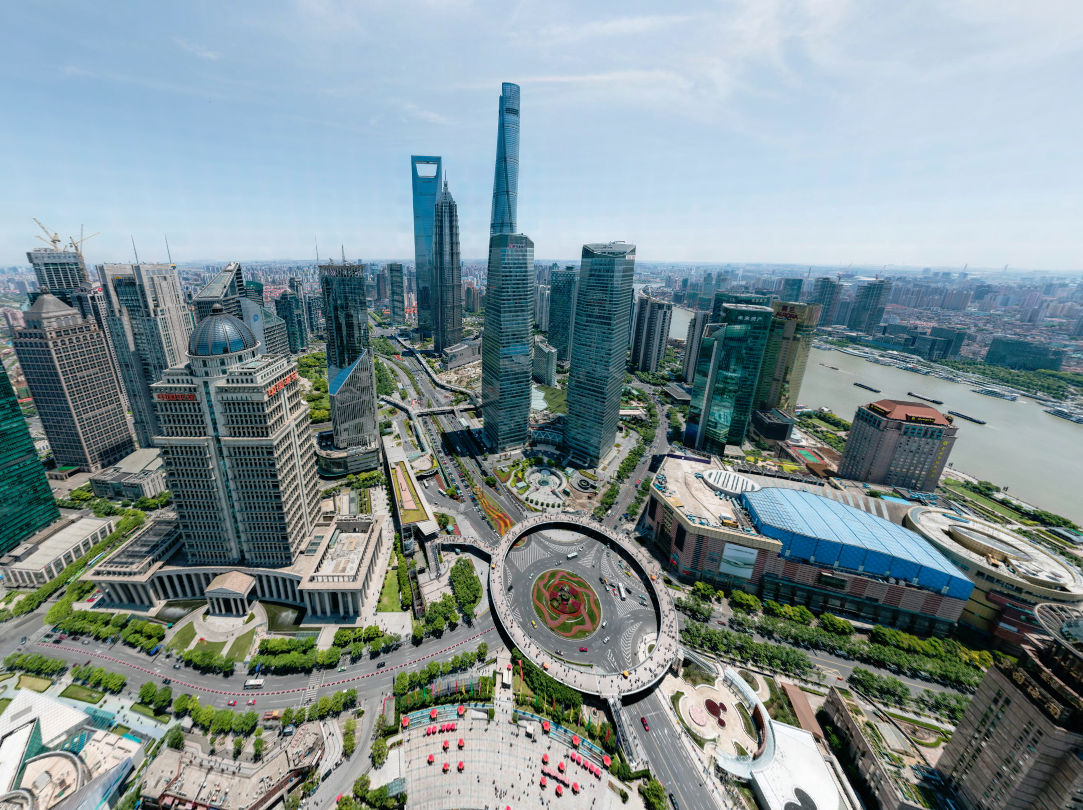 Smartphone cameras have gotten so good that we struggle to find a reason to invest in a point-and-shoot, but there are still major advancements being made in camera tech that are light years ahead of anything you can fit in your pocket. A new panorama shot by China’s Jingkun Technology (calling themselves “Big Pixel”) is a great example of that, and its size is so jaw-dropping you could spend days staring at it.

The photo, taken from high on the Oriental Pearl Tower in Shanghai, shows the surrounding landscape in stunning detail. From your virtual perch many stories above the ground, you can zoom in so far that you can read the license plates on cars and spot smiling faces greeting each other on the sidewalk.

The image itself is way too large to post here, but you can visit the company’s website and use their online tool to enjoy it for yourself. It’s a bit like a treasure hunt, and you can easily lose some serious time just trying to find new and interesting things to check out. However, a bit of a warning: Jingkun’s website has been experiencing some downtime since the image was posted (likely due to lots and lots of visitors) so if the link leads to a dead end just try again later.

So, just how large is the image? It’s large enough that the numbers are actually hard to grasp. Consider your average smartphone camera, which is around 12 megapixels, give or take a few depending on what flagship model you own. It takes some pretty sharp photos, right? Well this image of Shanghai is 195 gigapixels. One megapixel equals one million pixels, while a gigapixel equals one billion pixels… and we’re talking about 195 gigapixels in this particular image.

It’s a remarkable sight, but it’s also somewhat scary. As camera technology reaches incredible milestones like this it raises the question of when (not if) it’ll be before it is used for mass surveillance. How long will it be before just walking out your front door means being observed by a camera from miles away? The likely answer is “sooner than we’d like.”