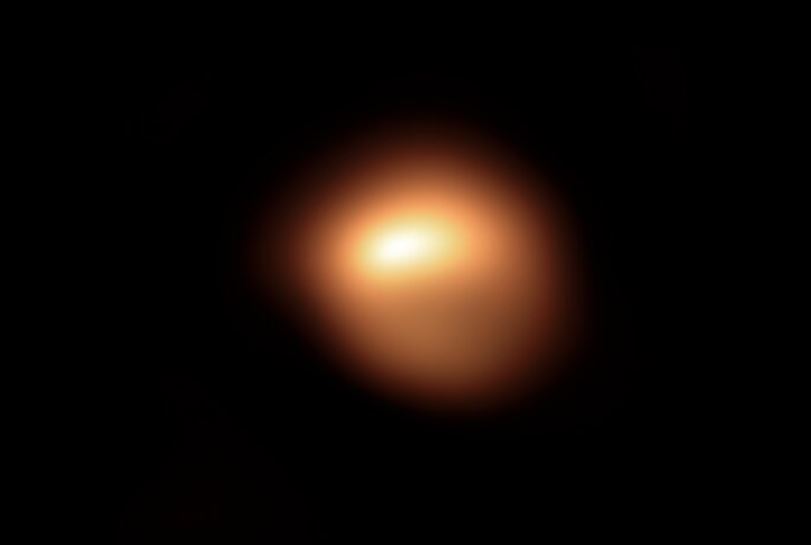 For a couple of months now, the nearby star known as Betelgeuse has been acting rather strange. At first, the star appeared to be getting very dim, hinting at the possibility that the Red Giant may soon collapse and explode into a supernova. Not everyone believed the star was nearing its final act, but its strange behavior had plenty of scientists questioning how things would pan out.

The next chapter came earlier this month when observations of the star revealed that only part of it was actually dimming. The star’s glow was taking on a sort of crescent shape, raising the possibility that its surface was just acting weird and that the star wasn’t actually approaching a supernova event. Now, new observations are pushing the supernova theory even farther out the window, and it now appears the star isn’t actually at risk of going supernova.

As Phil Plait at SyFy Wire reports, the latest observations of Betelgeuse reveal that the star is actually brightening up again. The dimming trend seems to have met an abrupt end and the Red Giant is now gaining brightness gradually over the course of about a week.

My visual mag from last night was 1.51 (robust mean of 18 observations). That is 0.08 mag brighter than the robust mean of the 5 previous nights (n=121, 2.7σ). #Betelgeuse pic.twitter.com/PZsKIwSBdv

Depending on your own personal desires, this is either good news or bad news. For those who dreamed of seeing a supernova play out before our eyes, it seems as though that dream is now dead, at least for the moment. It would seem the star still has a long life ahead of it, and for now, it would appear we won’t be seeing it explode within our lifetimes.

Still, with how many rapid changes Betelgeuse has produced over the past few months, anything is possible, and astronomers will surely be keeping a close eye on the nearby star for additional shifts in its personality in the coming months.