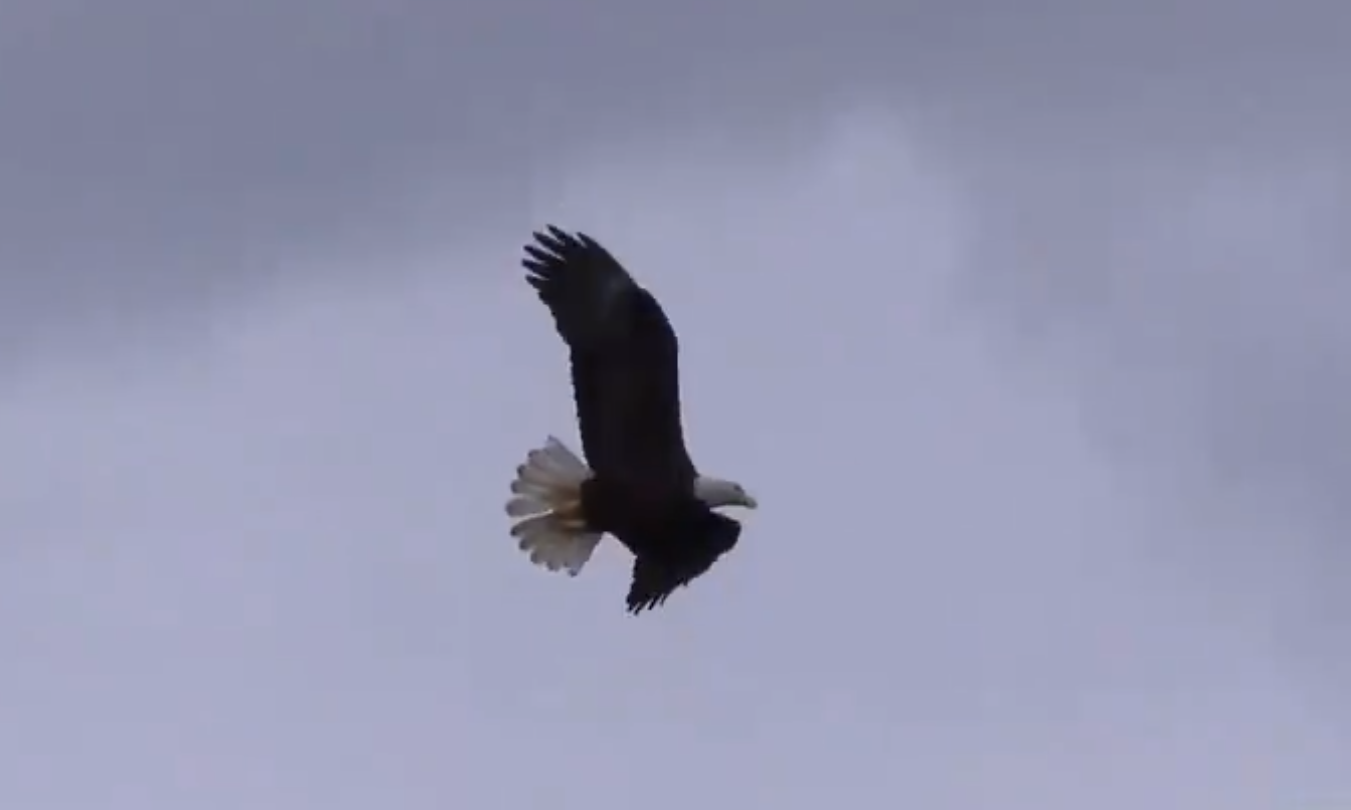 Humans like to follow schedules like, for example, when a college baseball game is going to take place, but Mother Nature couldn’t possibly care less about our plans. In nature, things happen when they happen and there’s no getting around it.

So, when a bald eagle and an osprey decided to face off over a dead fish in the middle of a game at Jacksonville University’s John Sessions Stadium on Saturday, the players just had to kind of let things happen. Ultimately, neither bird ended up with the meal, but it wasn’t for lack of trying.

During the eight inning of the matchup between Jacksonville State and Jacksonville University an osprey cruised across the outfield with a large fish in its claws. The bird eventually dropped the fish right in the middle of the play area and it quickly became clear why it had abandoned its tasty treat.

A moment to be marked in baseball history forever!

An Osprey with a fish in his claws, was threatened by a pursuing bald eagle, causing the osprey to drop the fish behind second base. The fish was recovered by a Dolphin and removed from the field.pic.twitter.com/KF1F5N3GBV

Yeah, that’s a very large bald eagle making its presence felt in the skies above the field, and the osprey exited the area swiftly with an empty belly. For a moment it appears as though the eagle is intent on fetching the fish, but the teams would have other plans.

It wasn’t long before a staff member from the bench area ran in to retrieve the fish, wrapping it in a towel and jogging off before the eagle could make its move. The announcer certainly seems to have enjoyed the scene, and promptly warned the new owner of the fish that the bird might be eyeing him up.

Play quickly resumed, and both birds were forced to find their dinners elsewhere.