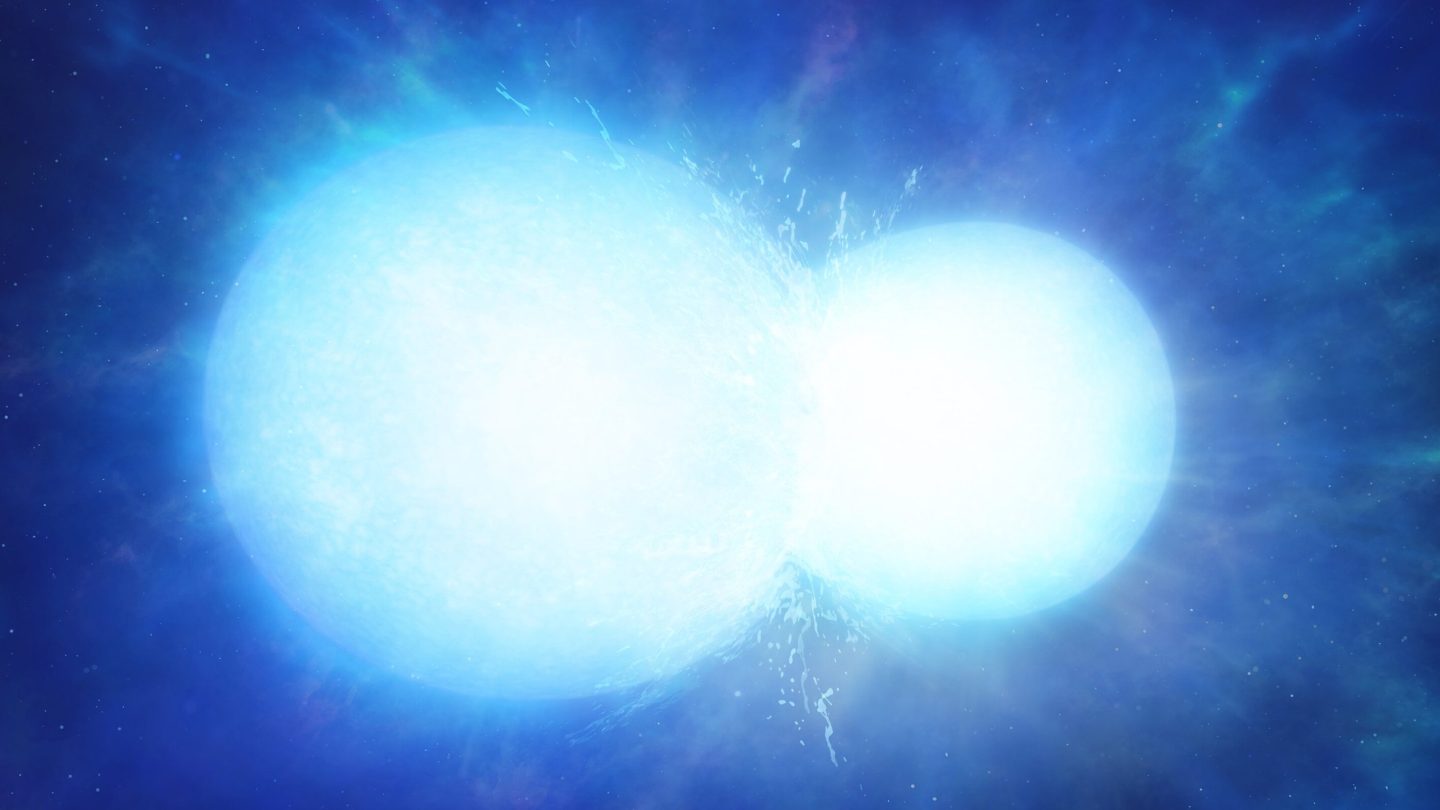 A team of astronomers has spotted what they describe as an “ultra-massive” white dwarf hanging out in space at a distance of around 150 light-years from Earth. The star’s size is what initially caught the attention of the scientist team, but further investigation revealed the star to be even more bizarre than anyone could have guessed, and the researchers were forced to dream up a scenario under which it could have formed.

The white dwarf, a dying star nearing the very end of its life cycle, is called WDJ0551+4135. What it lacks in a flashy nickname it more than makes up for it with its colossal size and peculiar chemical makeup.

“This star stood out as something we had never seen before,” Dr. Mark Hollands, lead author of a new paper published in Nature Astronomy, said in a statement. “You might expect to see an outer layer of hydrogen, sometimes mixed with helium, or just a mix of helium and carbon. You don’t expect to see this combination of hydrogen and carbon at the same time as there should be a thick layer of helium in between that prohibits that. When we looked at it, it didn’t make any sense.”

The scientists imagined a scenario under which such a star could exist, and they arrived as a single plausible conclusion: This massive star started life as two separate stars.

“We have a composition that we can’t explain through normal stellar evolution, a mass twice the average for a white dwarf, and a kinematic age older than that inferred from cooling,” Dr. Hollands says. “We’re pretty sure of how one star forms one white dwarf and it shouldn’t do this. The only way you can explain it is if it was formed through a merger of two white dwarfs.”

A binary star pair of white dwarfs merging isn’t implausible, but the fact that the star appears as it does today suggests that the stars were of approximately equal masses, which would be quite rare.

“There aren’t that many white dwarfs this massive, although there are more than you would expect to see which implies that some of them were probably formed by mergers,” Dr. Hollands notes.