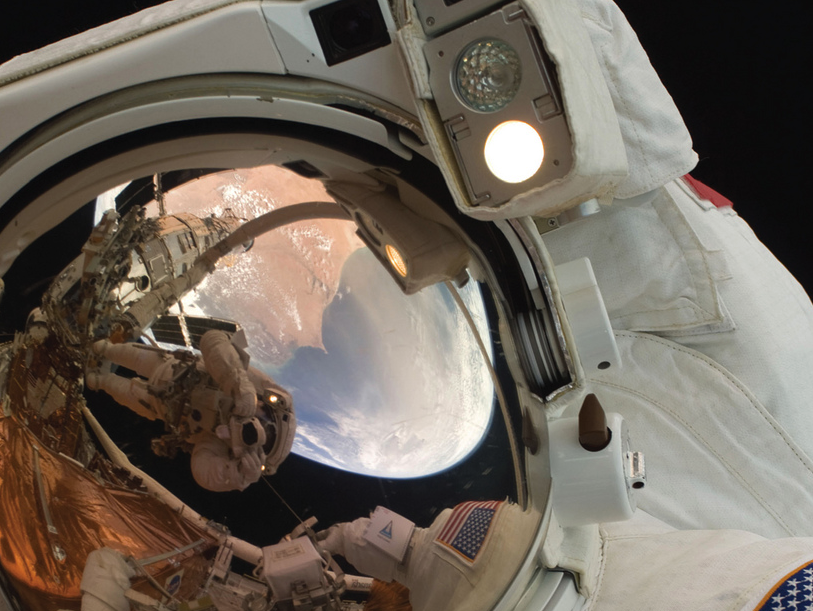 Humanity has big dreams when it comes to space travel, but our technology isn’t quite there yet. Spacecraft that can take astronauts to Mars and beyond are already in development but some huge questions remain, and one of the biggest issues is food.

Simply packing enough food to last for the entirety of the trip would be terribly inefficient and would leave space travelers in a tight spot if their return is delayed and they somehow run out of things to eat. Growing traditional foods onboard is also a tough sell due to the length of time it would take to grow and harvest it. Now, researchers from Penn State have come up with a novel alternative, and it starts with something astronauts will have no shortage of: poop.

You already know that astronauts recycle their own waste, particularly urine, which is filtered and turned into drinking water, but feces is a whole different ball game. Penn State scientists have developed a system that converts solid human waste into something not only edible, but nutritious as well.

“We envisioned and tested the concept of simultaneously treating astronauts’ waste with microbes while producing a biomass that is edible either directly or indirectly depending on safety concerns,” Christopher House, a professor of geosciences at Penn State, explains. “It’s a little strange, but the concept would be a little bit like Marmite or Vegemite where you’re eating a smear of ‘microbial goo.'”

Put simply, microbes would be applied astronaut poop in order to break it down. While these microbes digest the waste, they produce a wealth of methane. That gas is then used to grow a different type of microbe called Methylococcus capsulatus which is already used today as animal feed. The microbes, which are 52 percent protein and 36 percent fat, could provide long-haul space travelers with a sustainable food source.

On top of being a source of sustenance, the microbe-based system is incredibly efficient. In their testing, the microbes digested over half of the human waste in just 13 hours, and their “microbial reactor” was pieces together from aquarium equipment. Further research and prototyping of the system could produce even more dramatic results, and potentially play a big role in future deep-space missions.