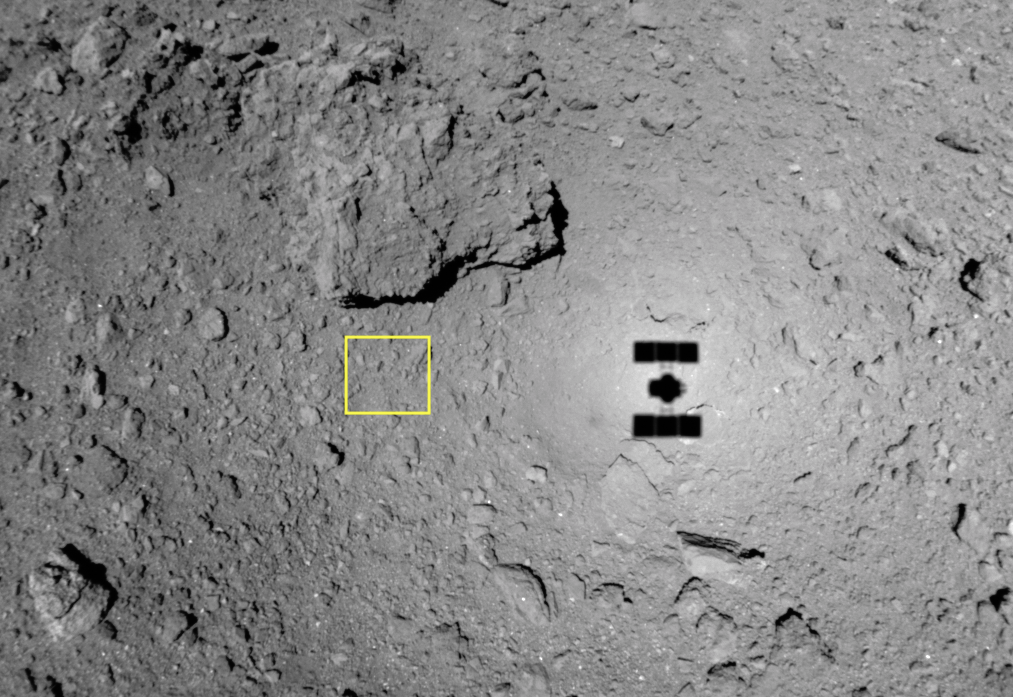 Japan’s Hayabusa2 asteroid probe has already accomplished a lot. After launching in 2014 and spending several years traveling to intercept the space rock known as Ryugu, it made many key observations and even snagged samples of the asteroid before departing and heading back to Earth.

The biggest discoveries are sure to be made once scientists can get their hands on the asteroid rock samples. In the meantime, researchers are studying the data that the probe sent back over many months, and they just discovered something very interesting about Ryugu. Apparently, the asteroid has had some uncomfortably close brushes with another object in our solar system: The Sun.

In a new paper published in Science, researchers including members of the Japanese space program JAXA reveal that images snapped by the probe while it was orbiting the asteroid reveal interesting details about its past. Specifically, spectral analysis of Ryugu’s surface painted a pattern of red and blue.

When Hayabusa2 dipped down to snag a sample of the space rock, the close-up images it fired back to Earth offered additional details, and scientists now believe the red hues in the spectral images are a clue that Ryugu made a close pass of the Sun at some point in its history. The team believes this “solar detour” took place around 300,000 years ago and brought the rock close enough to the star to scar its surface with a reddish tint.

“Latitudinal color variations suggest the reddening of exposed surface material by solar heating and/or space weathering,” the researchers write. “Immediately after touchdown, Hayabusa2’s thrusters disturbed dark, fine grains that originate from the redder materials. The stratigraphic relationship between identified craters and the redder material indicates that surface reddening occurred over a short period of time. We suggest that Ryugu previously experienced an orbital excursion near the Sun.”

The hundreds of thousands of years since that solar flyby have included collisions between the asteroid and smaller bodies. These impacts disturbed the surface and littered the asteroid’s exterior with a mix of sun-scorched material and underlying rock.

The researchers are eager to study the samples the probe picked up from the asteroid before its departure. The flight home isn’t nearly as long as the initial trip to the asteroid, and Hayabusa2 is expected to drop off its samples in December of this year. At that point, we’ll surely learn a lot about this specific asteroid as well as others in our stellar neighborhood.