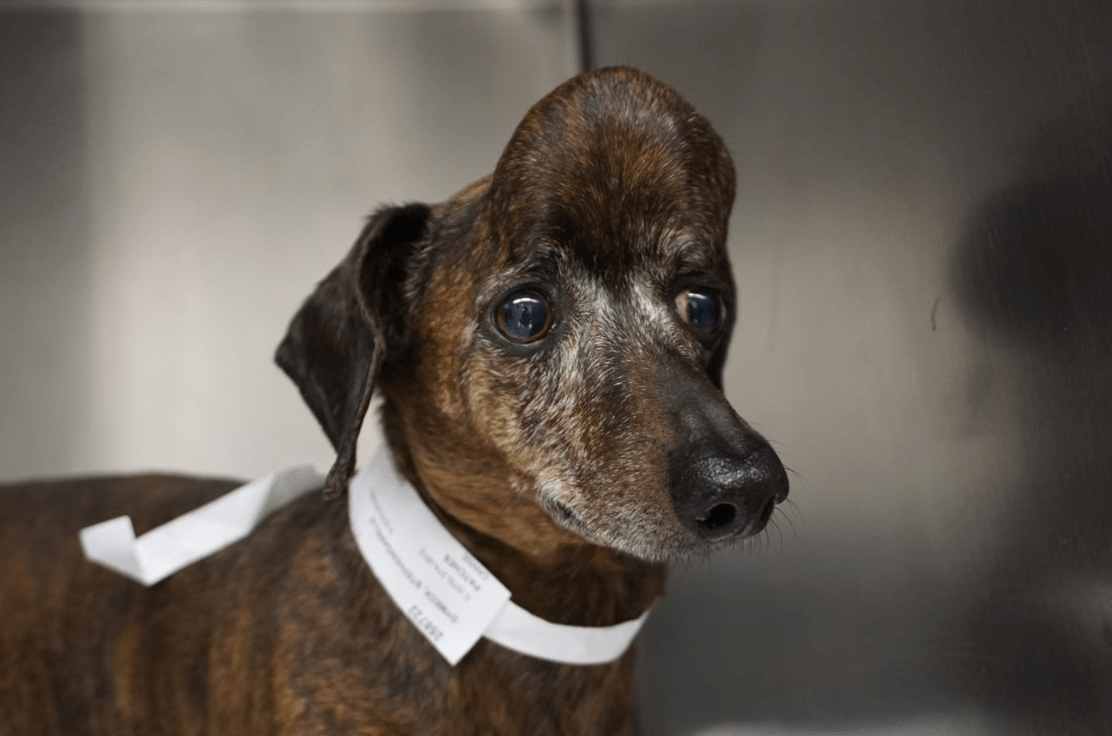 When Patches, a now nine-year-old female dachsund, first showed signs of something wrong with her head it didn’t seem particularly serious to her owner Danielle Dymeck. It started as a tiny bump, but Dymeck new something was seriously wrong when it rapidly grew to the size of an orange.

Thankfully for Dymeck and Patches, researchers at the Ontario Veterinary College had some very fancy tools at their disposal and were able to not only remove the large growth but also rebuild the pup’s skull in an incredible procedure.

The tumor that was giving Patches trouble first had to be removed, as it was physically pushing towards her brain as well as her left eye. The doctors enlisted the help of 3D modeling specialists and used a scan of the dog’s head to plan out how the procedure would be conducted.

By doing so, the team knew how much of Patches’ skull would need to be removed during the surgery. With that information, 3D printing technology was used to rapidly prototype a sort of skull cap that would provide structural support for the dog’s head after the tumor removal was complete. In most cases, mesh is used to fill in these gaps, but a custom-fit replacement is not only more convenient for the doctors but also shortens the time of the procedure, which benefits the animal.

“The technology has grown so quickly, and to be able to offer this incredible, customized, state-of-the-art plate in one of our canine patients was really amazing,” Dr. Michelle Oblak, veterinary surgical oncologist with the University of Guelph and Ontario Veterinary College, said.

The operation removed approximately 70 percent of the top of Patches’ skull, according to the doctors. It was a very serious operation, but Patches bounced back remarkably well following the removal of the growth.

“She was asleep for about five hours,” Oblak said. “Within about half an hour after surgery, Patches was alert and looking around. It was amazing.”