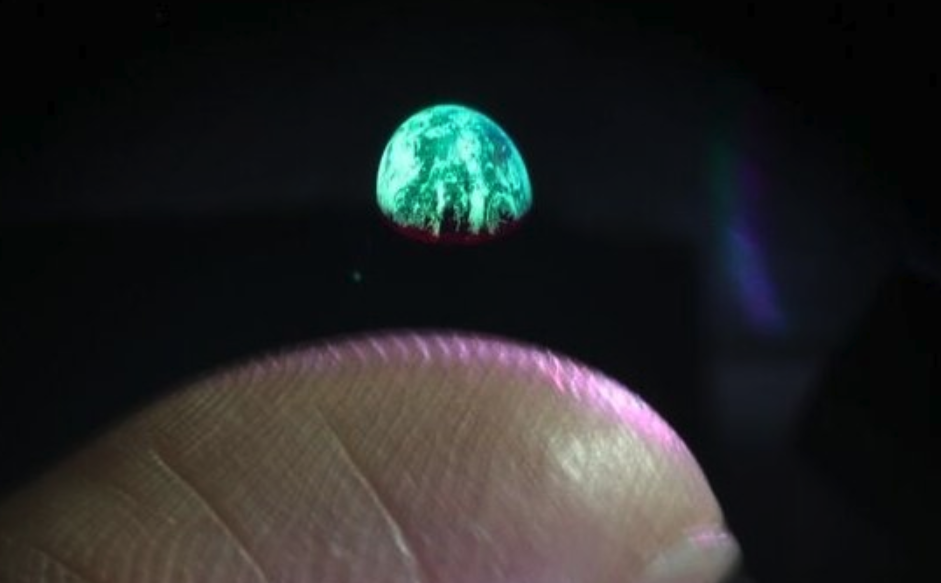 We’ve seen countless science fiction technologies make their way to the real world over the past few decades, but one has always eluded us: holograms. Okay, just to clear things up, that floating Princess Leia in the first Star Wars film isn’t technically a hologram, since holograms are defined as giving the appearance of three-dimensional depth via a two-dimensional projection. However, the unrealistic depiction of holograms that we see in science fiction might actually become reality thanks to groundbreaking new research that was just published in Nature.

The technology, which researchers are calling a “photophoretic-trap volumetric display” does what previous attempts at creating true 3D projections have failed to do, which is to trap light in mid air in order to create a virtual object with all the depth of the real deal.

“Free-space volumetric displays, or displays that create luminous image points in space, are the technology that most closely resembles the three-dimensional displays of popular fiction,” the researchers write. “Such displays are capable of producing images in ‘thin air’ that are visible from almost any direction and are not subject to clipping.”

That’s a seemingly impossible thing to achieve, since it’s impossible to get light to just stop dead in thin air, and it has led many to declare that we’d never reach a point where true 3D projections were possible. However, the research team led by Daniel Smalley of Brigham Young University has managed to pull it off, and it’s all thanks to some very special lasers.

The system works by trapping a tiny particle of cellulose in a laser beam. This nearly invisible particle acts as the “canvas,” and can be manipulated by the laser to move at high speeds in a small area. Then, colored lasers illuminate the particle, creating what is effectively a single full-color pixel floating in mid air. That tiny point of light can move fast enough to create brightly lit patterns and shapes, including high-resolution images that hover effortlessly.

At the moment, the projections that are possible with the technology are extremely tiny, and are dwarfed even by a fingertip. However, this is really just the beginning. In the not-so-distant future, systems based on this tech could be used to create large-scale 3D projections for us in everything from advertising to entertainment.