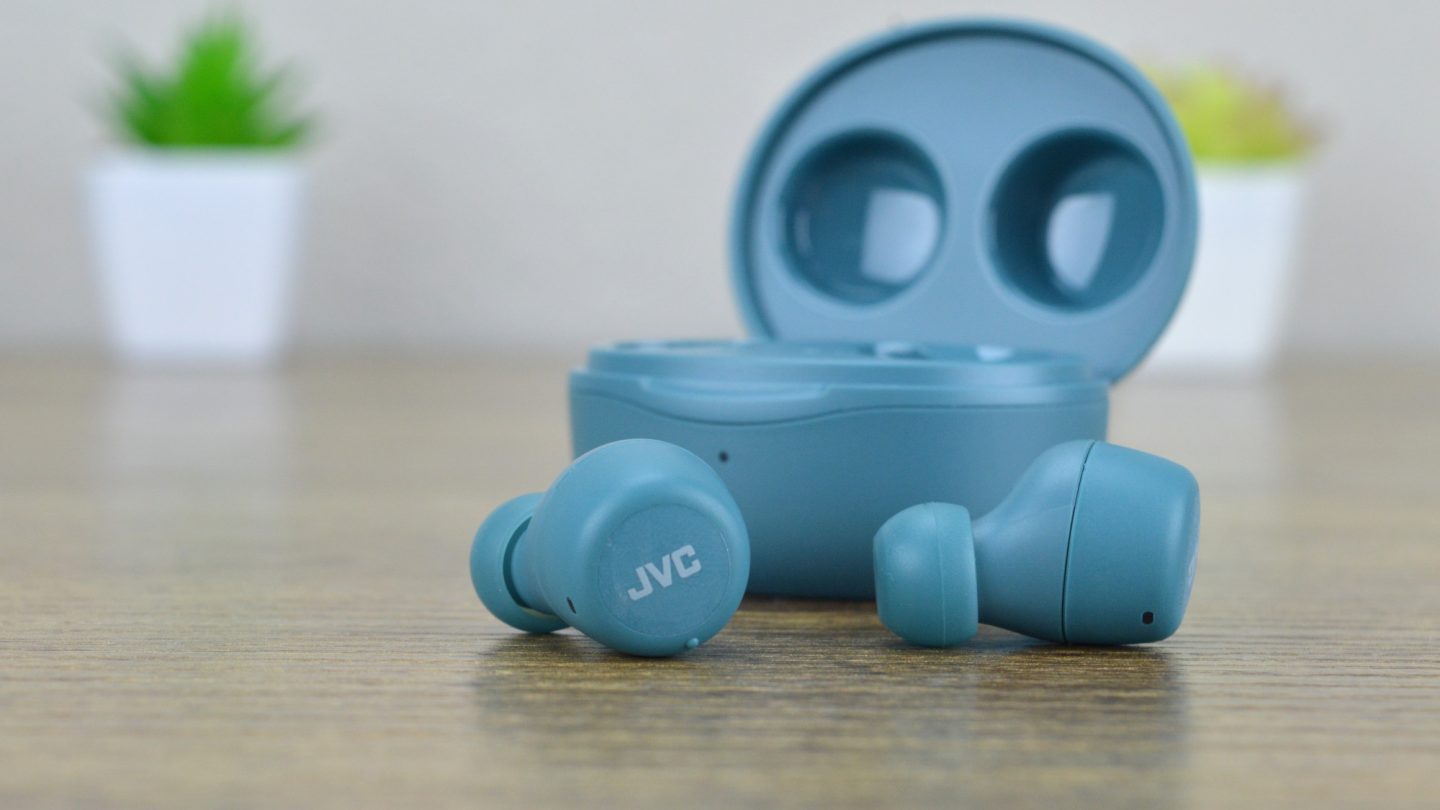 There was once a time when buying true wireless headphones meant spending hundreds of dollars. But those days are long behind us. While the best models, like the AirPods Pro and Sony WF-1000XM4, still cost a chunk of change, there are plenty of true wireless headphone models that cost far less. One of the most recent of these models is the JVC Gumy Mini, which comes in at a very affordable $30. 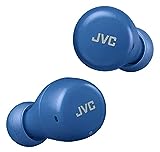 Generally, the JVC Gumy Mini earbuds live up to their name. The buds themselves, and the charging case, are relatively small — though the dimensions are a little different than say, AirPods, in a way that makes them a little harder to carry in your pocket.

First, the buds themselves. Unlike AirPods and AirPods Pro, the Gumy Mini buds don’t have stems. They’re really just the buds themselves, with a small arm that extends into the ear — and that’s about all there is to them. They’re available in a few different colors, including Black, Blue, Green, Red, and White. We’re reviewing the Green model.

Each earbud has a button built into it, and using it is rough. The button takes substantial effort to press, and pressing it means pushing them into your ears, which can verge on painful. I don’t even really like touch controls on earbuds — I much prefer the squeeze stem controls on the AirPods. Headphones that have button controls should at least be easy to press.

The charging case is fine, though it’s a little bulky. It’s about as wide as the AirPods’ charging case, but it’s much thicker. It’s definitely still pocketable, but you’ll feel it in your pocket a little more than you otherwise would. On the back of the charging case, there’s a USB-C port for charging.

As you might expect from a pair of headphones in this price range, the JVC Gumy Mini earbuds don’t offer much in the way of features. There’s no noise cancellation, no accompanying app, and no transparency mode here. It’s hard to count that against the headphones given the price, but still — it’s something to keep in mind.

The headphones connect to your listening device through Bluetooth 5.1, and I found that while they retained a decent connection throughout testing, they did occasionally disconnect from each other. Thankfully, the buds quickly synced up again every time.

When it comes to battery life, you’ll get six hours of use on a single charge, which is pretty good. The charging case isn’t as good — it’ll only get you an additional nine hours of use, bringing the total to 15 hours. All that means is that you’ll have to make sure to charge the headphones relatively regularly, especially if you use them a lot.

The comfort of wireless earbuds can often be down to personal preference and ear shape. I didn’t think I would like the fit of the Gumy Mini earbuds given their shape, but ultimately, they fit pretty well in my ears, and I was able to wear them for a number of hours without getting uncomfortable.

The earbuds come with three pairs of ear tip sizes, however, ultimately the tips that came pre-installed on the earbuds were the best for me. They were able to easily fit into my ears, and while they’re not great for working out or running, they stayed in my ears during day-to-day use.

When you buy a pair of cheap wireless earbuds, sound quality is often one of the first compromises to make. Thankfully, the JVC Gumy Mini earbuds don’t sound terrible. Sure, they’re not the best-sounding buds out there, but they at least offer some depth to them.

The bass response on the earbuds is actually not bad. The earbuds definitely offer a slight bass boost, but it’s not over the top, and I actually quite liked it. It helped boost the otherwise weaker kick drums in AC/DC’s Back in Black, while delivering a little more oomph in other songs.

The mids are decently-tuned too. You’ll get some warmth in the low mids, with enough cut in the high mids for things like vocals and guitars.

The high-end response isn’t bad, though as you might expect from a pair of earbuds in this price range, you won’t get a ton of clarity or detail. Again, however, it’s better than I expected.

Unfortunately, the buds definitely introduce some distortion at even medium levels, and even more at higher levels. It’s something not everyone will notice, and it probably won’t impact you much if you plan on using the earbuds for mostly podcasts and audiobooks.

The JVC Gumy Mini wireless earbuds have a lot going for them in this price range. Sure, they’re not the most feature-packed earbuds out there, but at $30, you wouldn’t expect that. Instead, the earbuds are quality where it counts — they offer a decent fit, and solid sound quality. They also offer a good battery life, for those who want to listen for longer periods of time.

If you’re looking for a great pair of true wireless earbuds under $30, these are absolutely worth considering.

There is some competition in the sub-$30 price range, when it comes to true wireless earbuds. Notably, the Skullcandy Dime earbuds are often considered some of the best budget true wireless headphones, though the battery life isn’t quite as good on a single charge. They also have that stem design, which some may not want.

Should I buy the JVC Gumy Mini earbuds?

Yes. It’s also worth considering the Skullcandy Dime true wireless earbuds, but these are a great option.